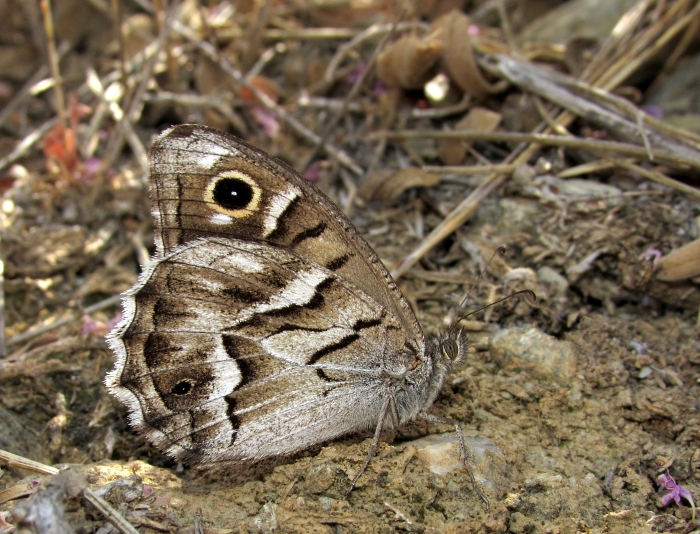 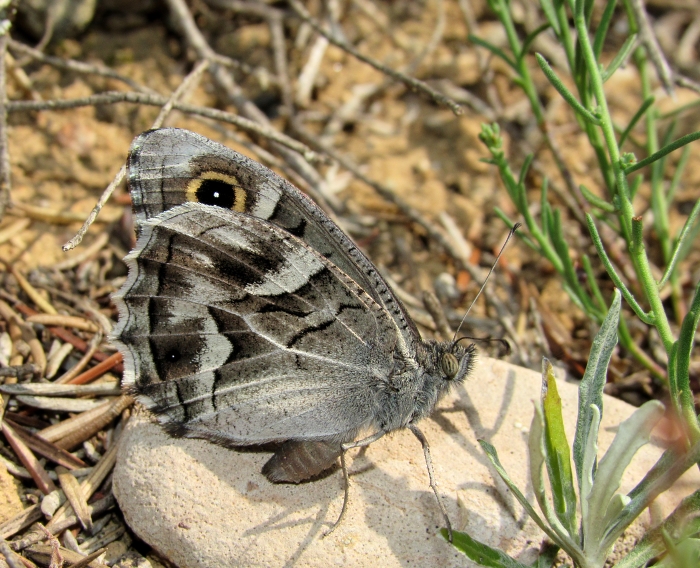 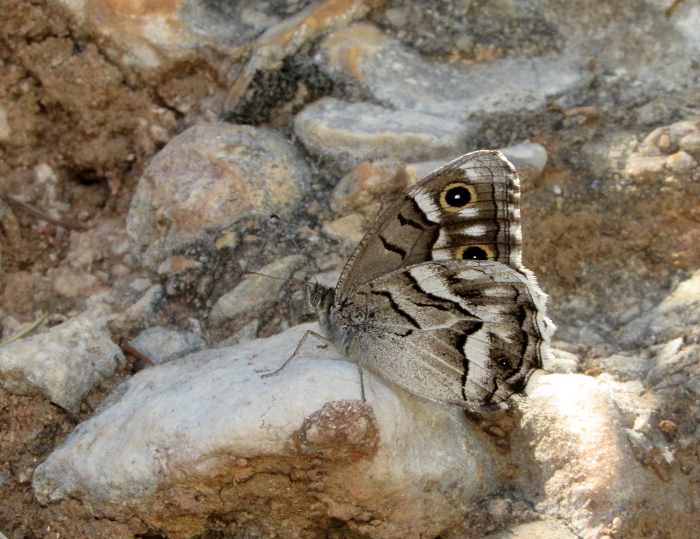 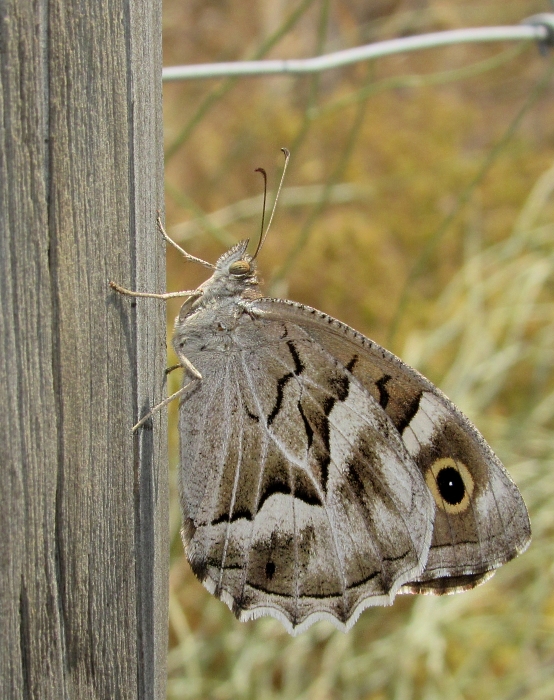 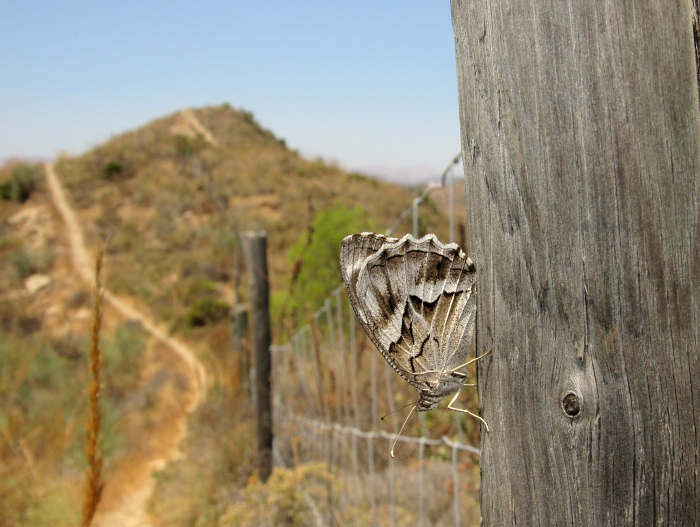 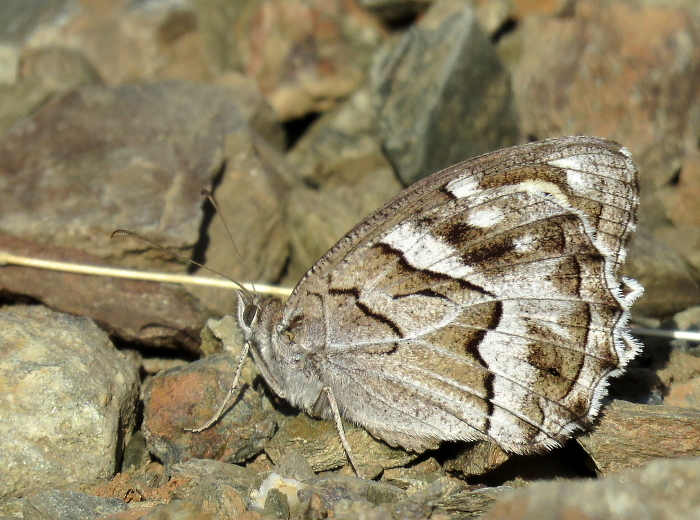 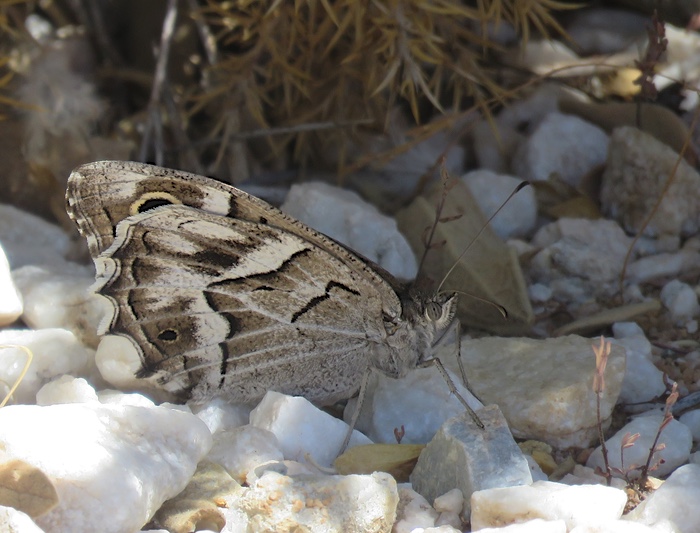 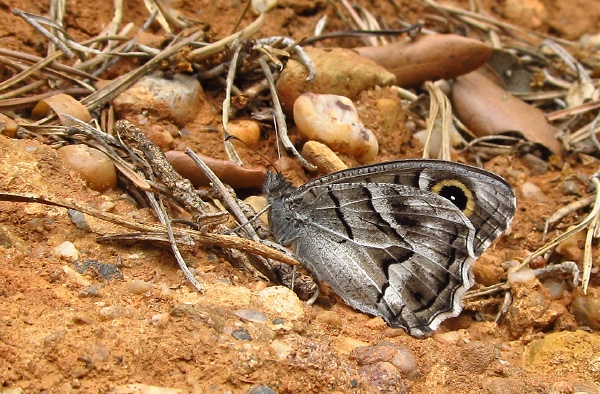 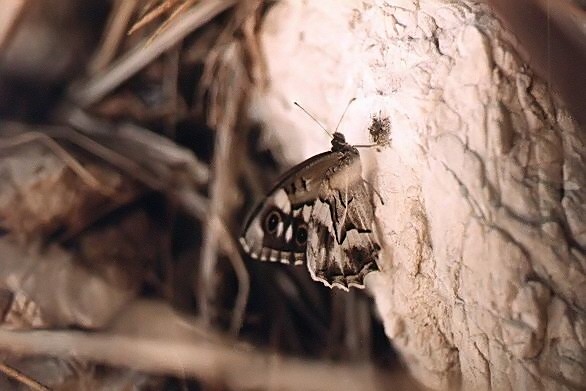 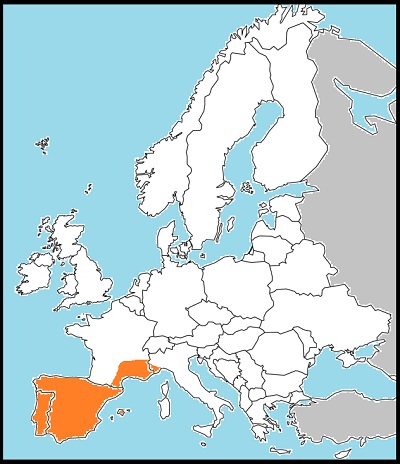 This beautiful and distinctive grayling is found in Spain, Portugal and the South of France, just reaching into Italy. It is often to be seen along paths, lurking in the shade of vegetation by the side or skulking among the rocks. As a rule it is rather timid but it rarely flies far and can be approached with stealth. It is one of my favourite butterflies, reminding me of the times I lived in Gibraltar, back in 1983 and 1985. Since then I have only been back to the Rock in spring, before its flight period, but in 2017 I visited nearby Málaga in July - just for one day - and found it common in the hills. I have also seen it in North Spain, in Aragón.

Given a good view, this species cannot be confused with any other European grayling. The jagged black, white and grey-brown of the underside hindwing is quite unmistakable. The Canary grayling, Hipparchia wyssii actually has largely the same pattern but is much less bold and contrasting, without the dashes of white, and in any case only flies in the Canaries.