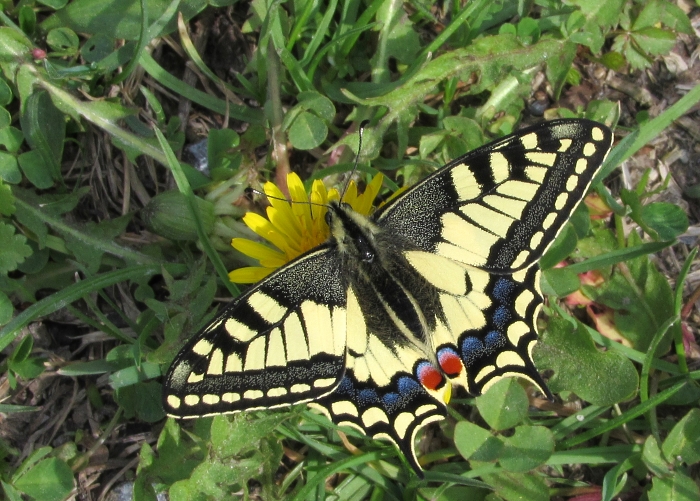 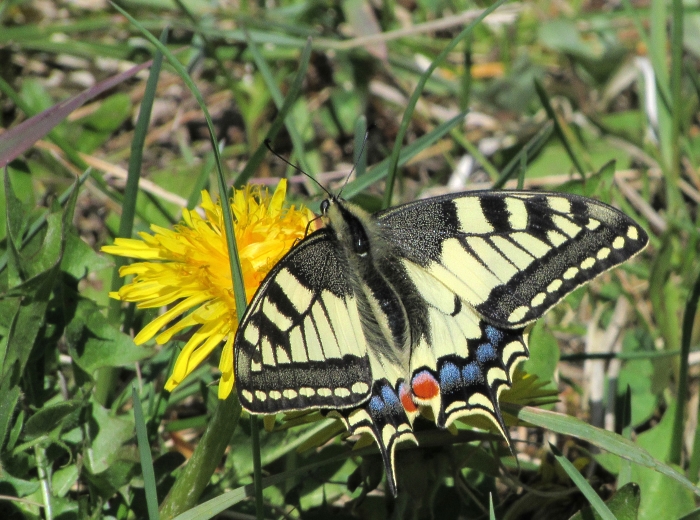 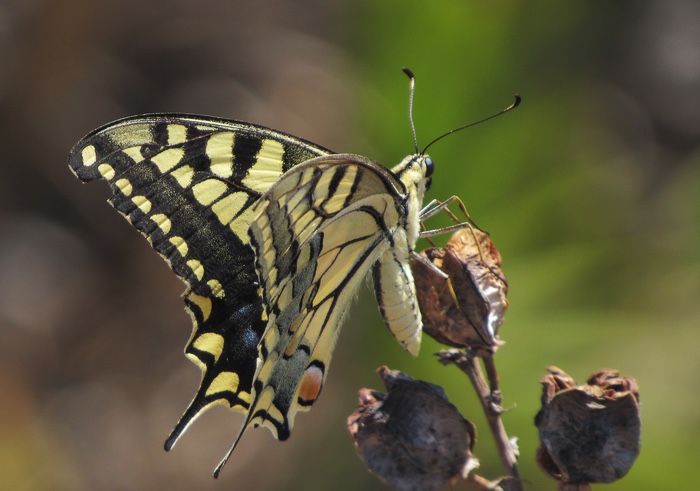 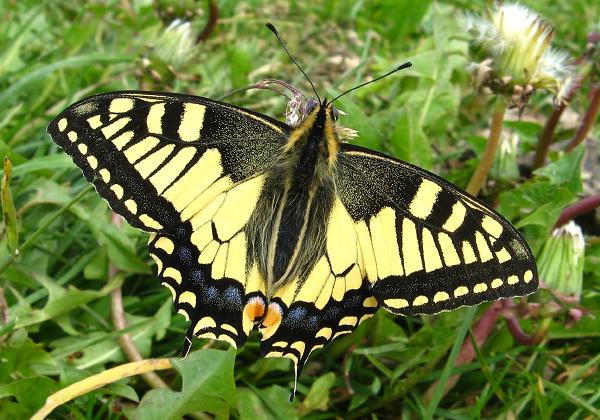 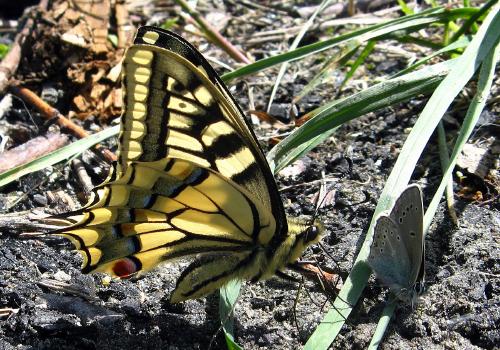 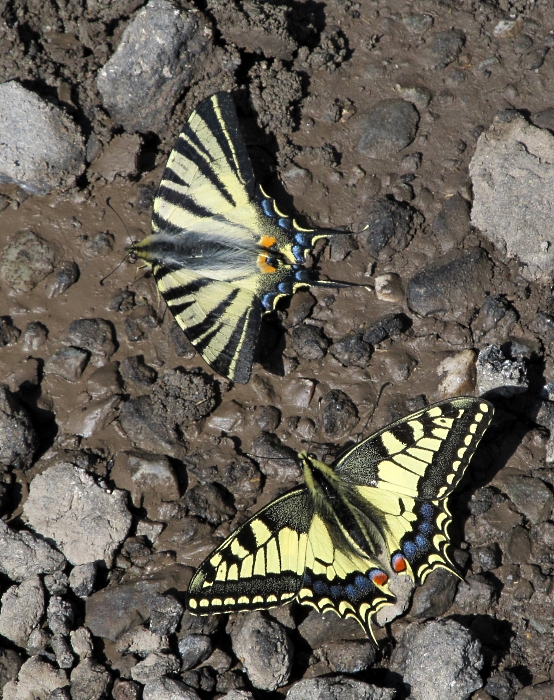 With scarce swallowtail (above), Switzerland, April 2014 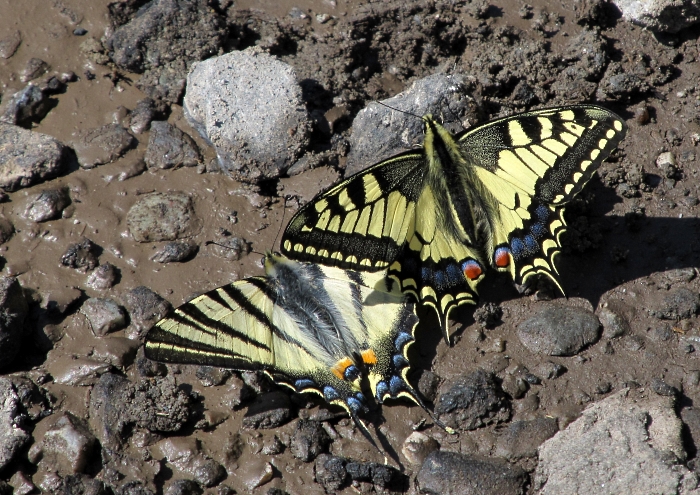 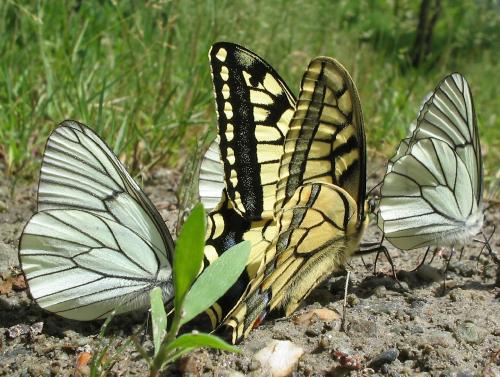 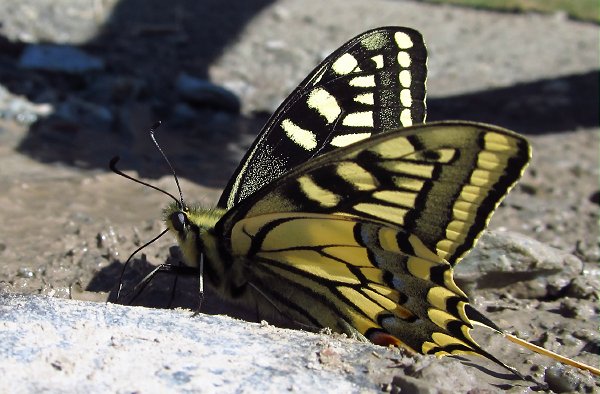 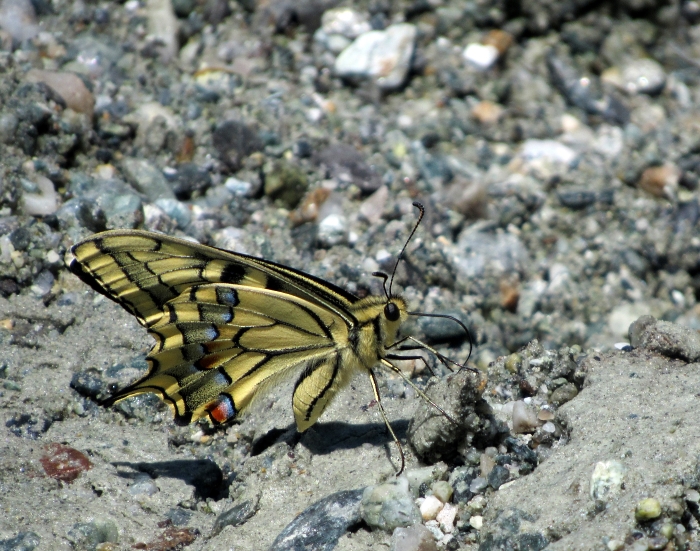 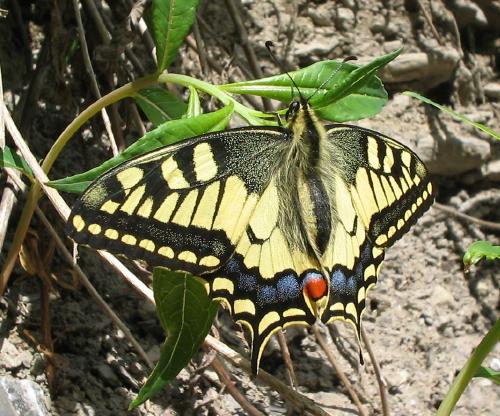 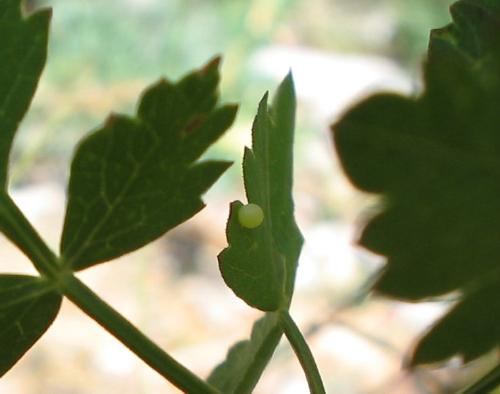 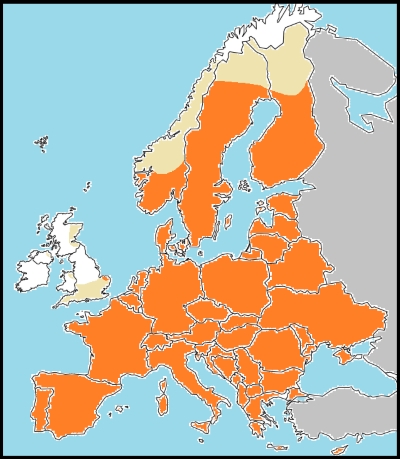 THE SWALLOWTAIL is a familiar sight throughout Europe, though much scarcer in the North and largely absent from the British Isles. The resident subspecies there is ecologically distinct from its continental cousins, being restricted to the wetlands and taking only milk parsley as foodplant. It is said to be a brighter yellow with more heavily marked hindwings, and the broad submarginal bands on the forewing are noticeably more tapered than is usual on the continent. The species is generally very variable, though, and individuals similar to British ones can be found elsewhere in Europe.

There is no real risk of mistaking this species for any other. In most of Europe, the only other swallowtail is the so-called scarce swallowtail, Iphiclides podalirius (replaced in Spain and Portugal by the Iberian scarce swallowtail) shown above at mud with the present species, Papilio machaon. It can be seen that the scarce swallowtail has tiger stripes and no horizontal black barring along the veins. In Corsica and Sardinia a second species of Papilio flies, the Corsican swallowtail. This is similar to the swallowtail but is more typically more heavily marked and has a much shorter tail - more of a stub. The submarginal band on the underside of the forewing is distinctly wavy - a feature that shows up to a lesser extent on the upperside. In the South of France and south-eastern Europe a third Papilio is found, Papilio alexenor. This is larger than the swallowtail and lacks horizontal black bars following the veins. Superficially, it resembles the scarce swallowtail.

Swallowtails are notable for their 'hilltopping' behaviour. Males may be seen defending territories on local high spots, often far above any possible breeding sites. When they are ready, females fly up to the same spots and select their male, then descend again to lay eggs. These they lay on a variety of umbellifers. The butterfly may be seen from March or April through to late summer. It hibernates as a pupa.