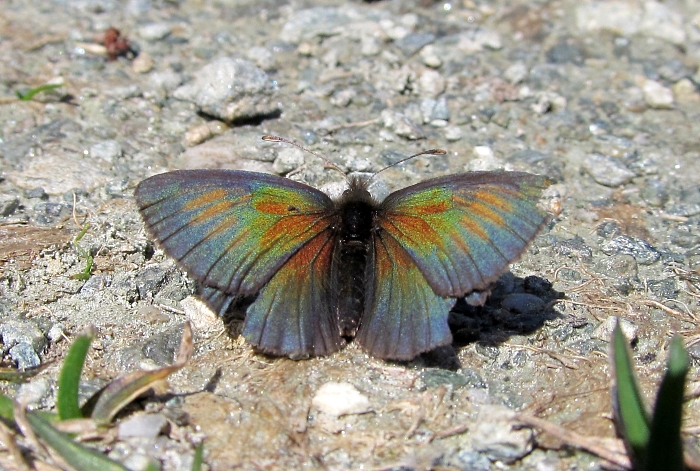 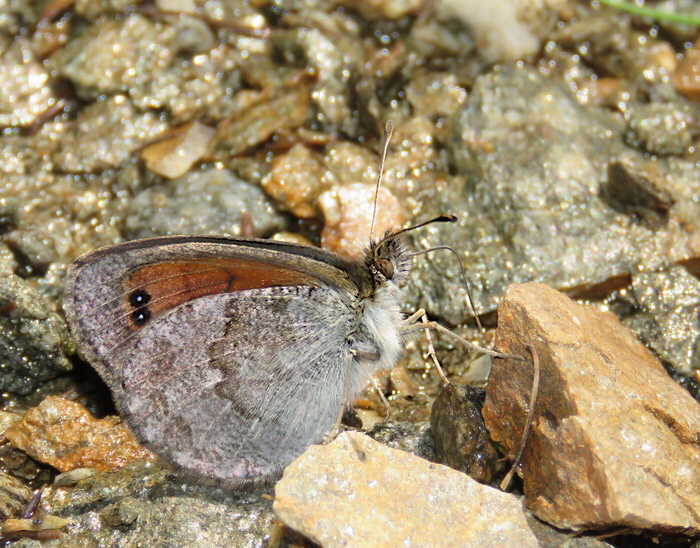 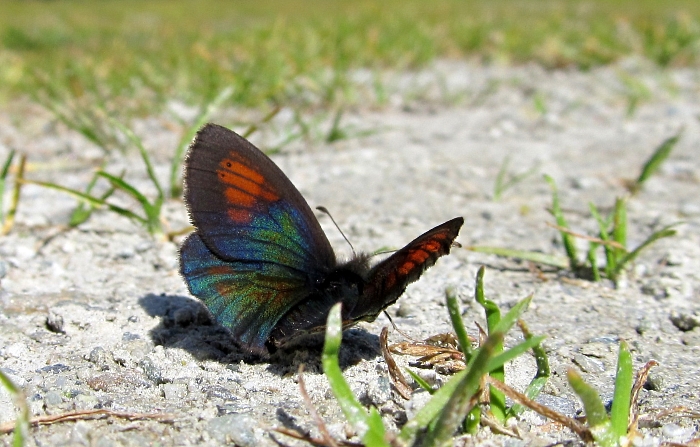 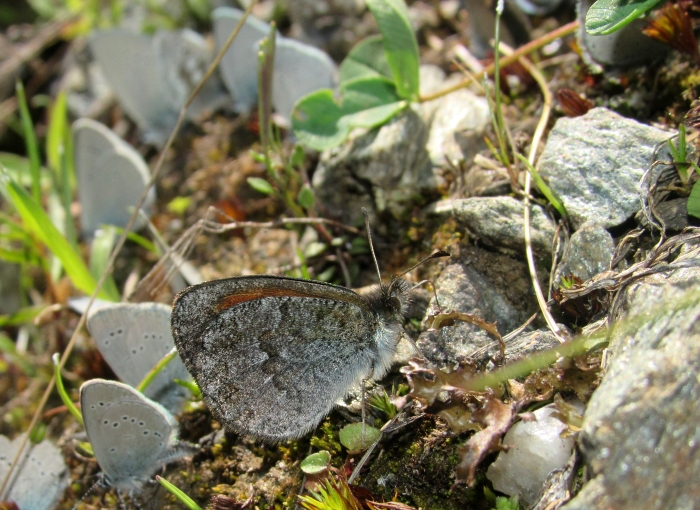 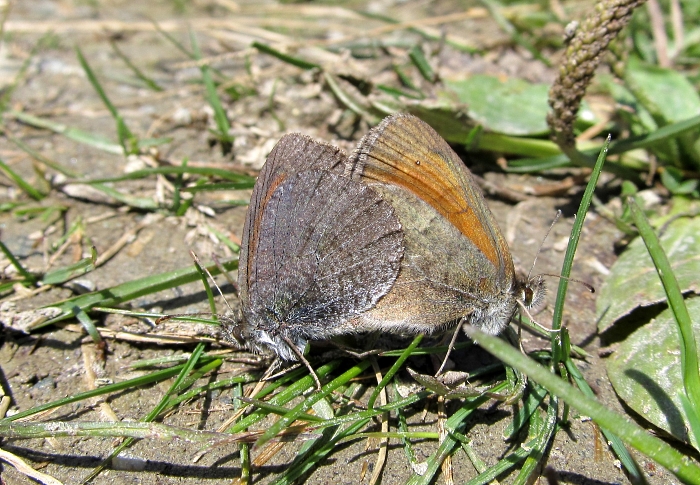 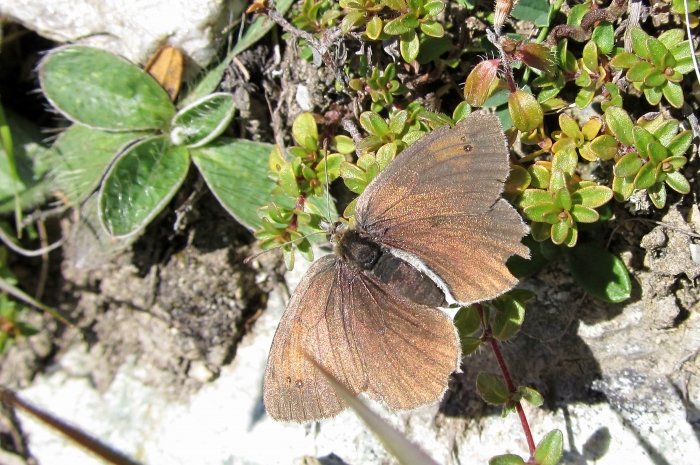 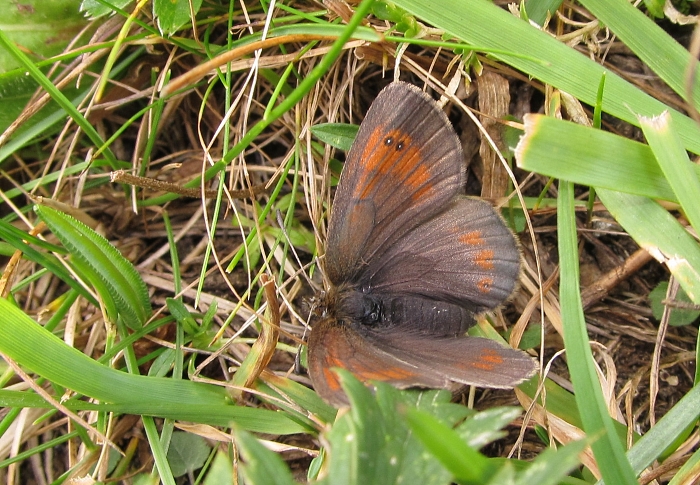 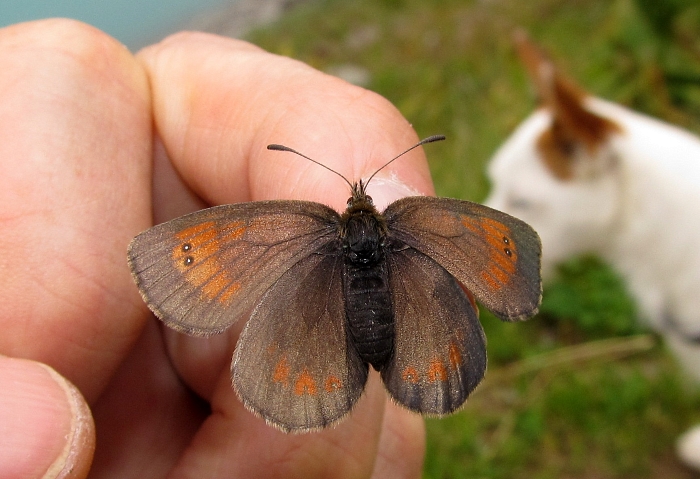 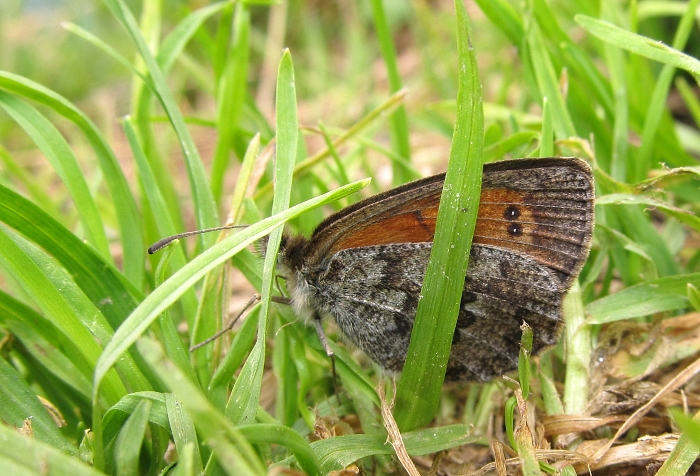 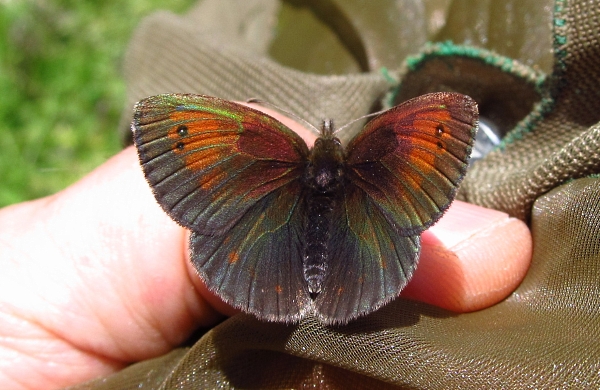 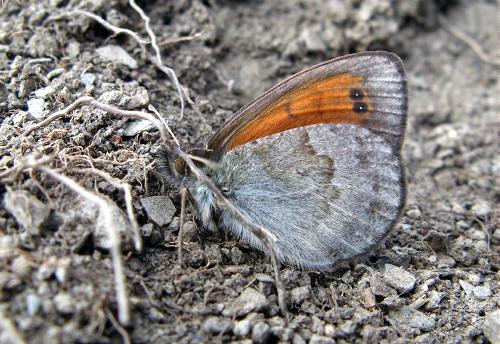 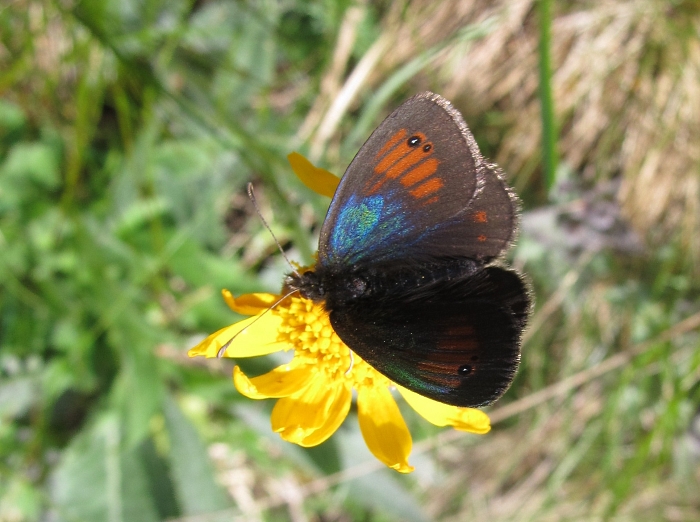 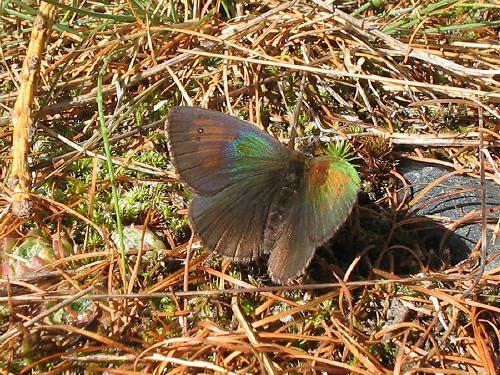 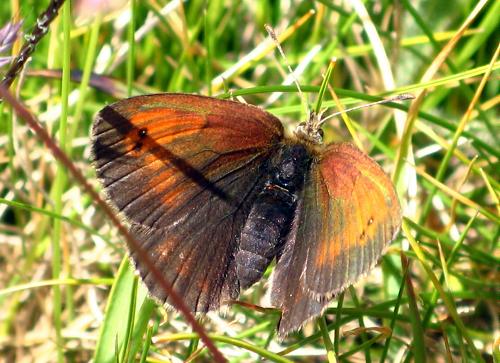 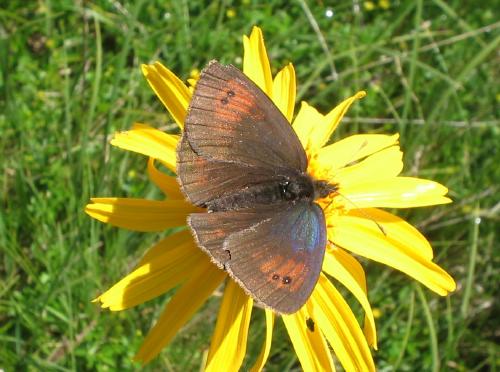 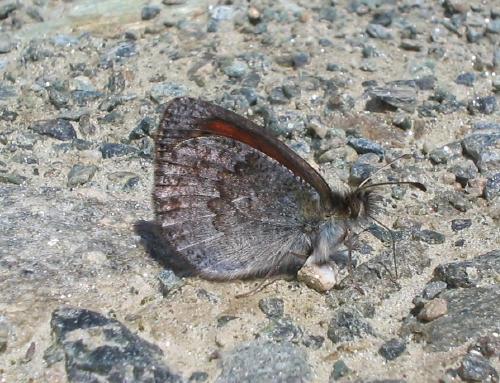 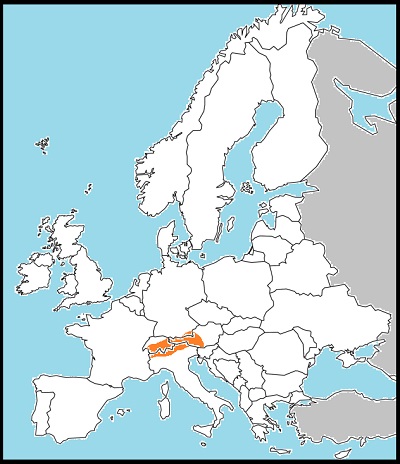 Males have a strong brassy reflection, very visible in some lights and at some angles. Females generally appear plain, though there are slight brassy reflections. The two eyespots on the forewing are generally small and separated, and there are no - or tiny - spots on the hindwing. Both these features help to separate this species from the common brassy ringlet (apical eyespots touching, and strong spots on the upperside hindwing) and de Lesse's brassy ringlet (apical spots separated by a hair, and spots on hindwing always present but not as strong as those of common brassy ringlet). The grey marbling of the underside hindwing - characteristic of brassy ringlets - is very variable and may be highly contrasting or essentially plain.

The foodplants are grasses, including mat grass and sheep's fescue. The caterpillars hibernate, completing their development in one seasonal cycle - like the common brassy ringlet but unlike de Lesse's brassy ringlet, which takes two.