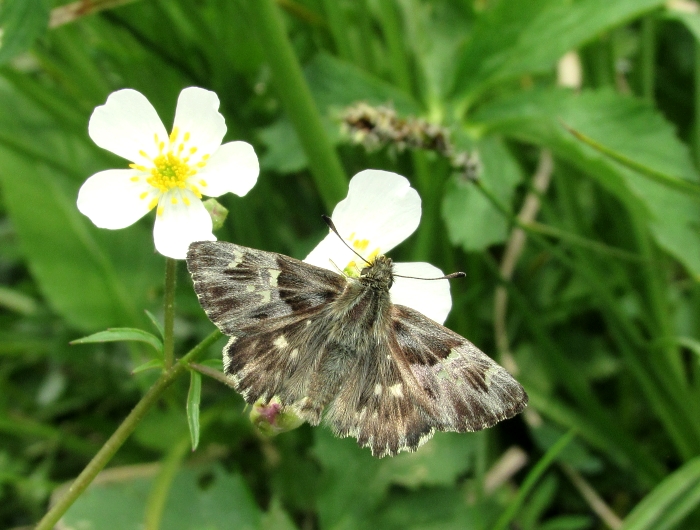 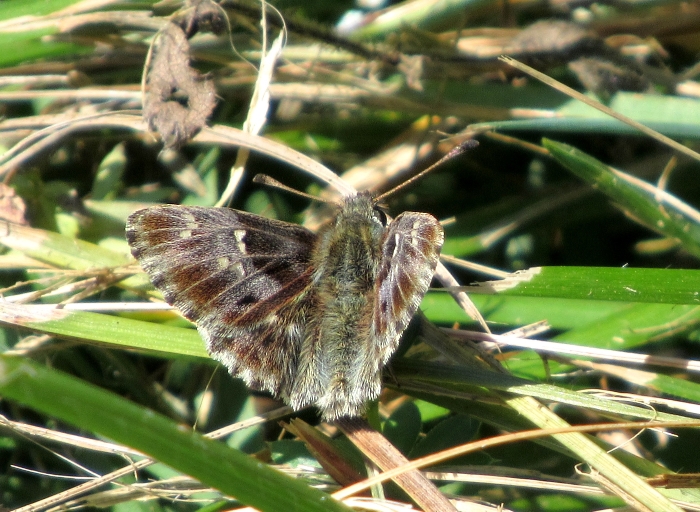 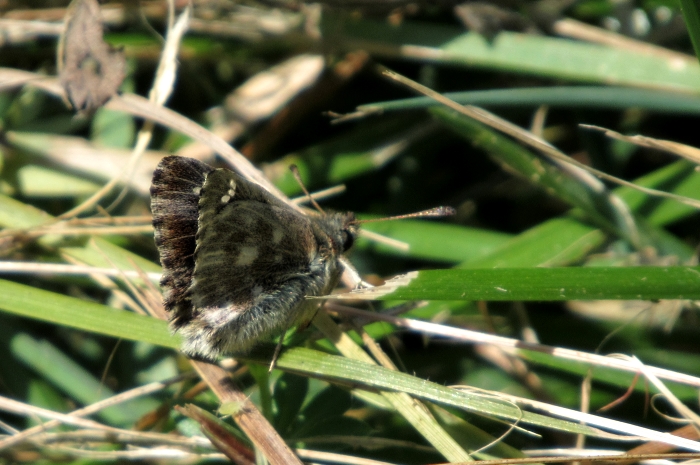 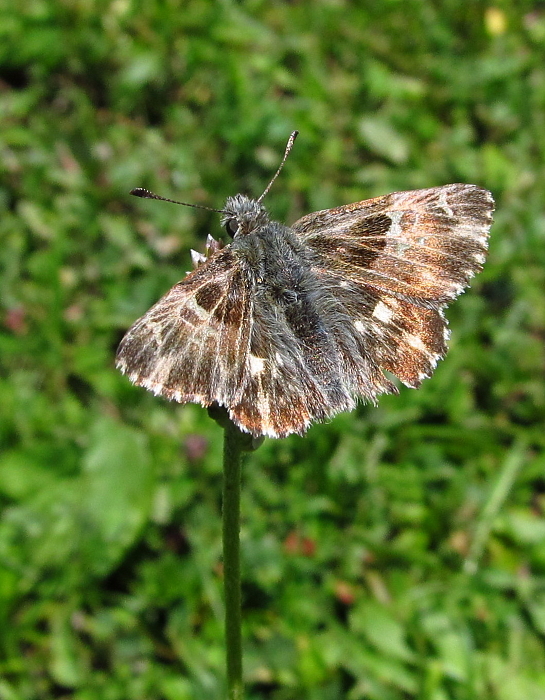 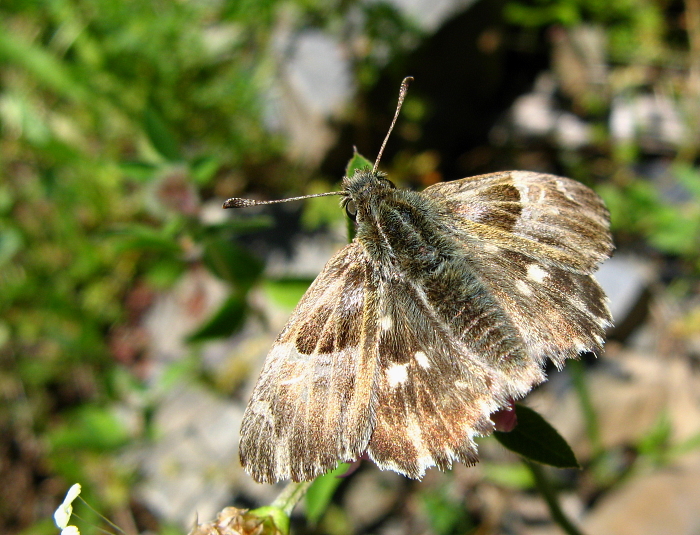 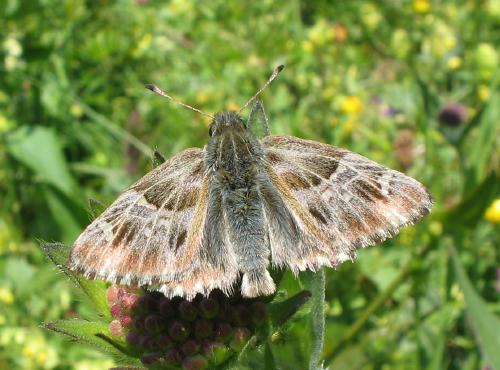 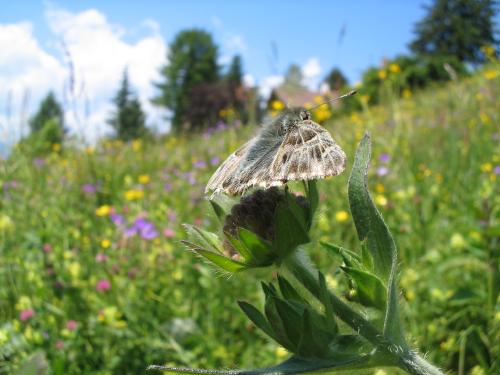 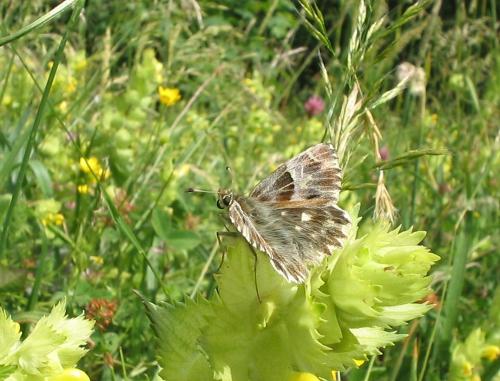 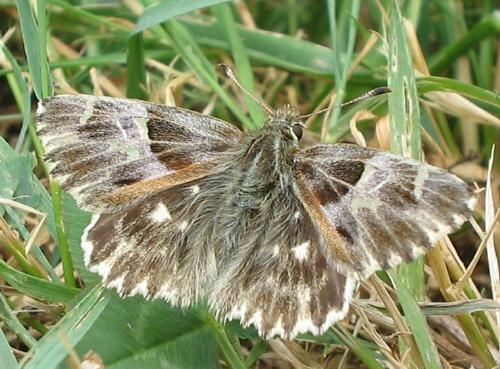 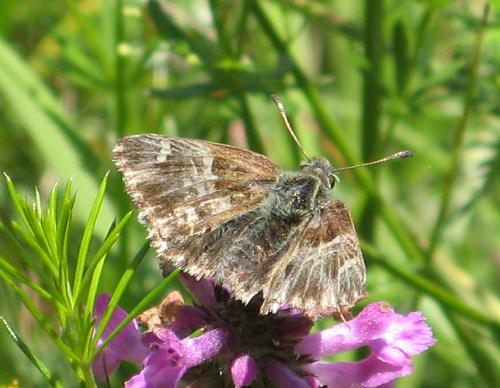 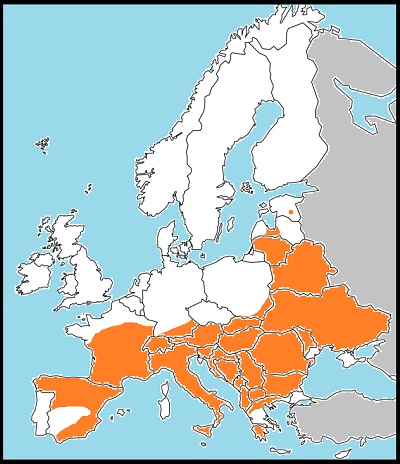 The tufted marbled skipper is widespread but very local in much of its range, and in the east much more scattered than the map above might suggest. Near me in Switzerland, housing developments on south-facing hillsides have threatened or extinguished several colonies and though it remains relatively common here it seems less so every year.  I have seen it in meadows with long grass and on flowery hillsides up to about 1600m in the Alps and the Pyrenees, though it is said to fly as high as 2000m. Males perch on prominent grass inflorescences or flowers, vigorously defending their territories against all-comers. The few females I have seen are less conspicuous in their habits.

Although superficially similar to other Carcharodus species, this is generally an easy one to identify. The overall impression is of grey and chocolate, with wispy grey reaching the outer margin of the forewings in s.5. The forewing spots are broad - much broader than in mallow skipper - but not glassy, as in marbled skipper. The hindwing is strongly spotted above and below. In the Balkans, the oriental marbled skipper, Carcharodus orientalis, is similar above, but the underside hindwing spots are fused into bands.

Like the marbled skipper, the tufted marbled skipper feeds on various woundwort species and hibernates as a small larva. Adults fly in two generations, the first in May and June, the second from July to September.