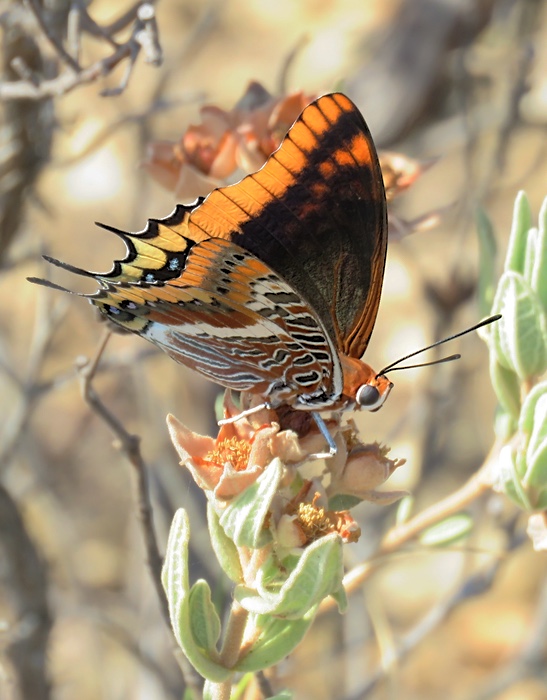 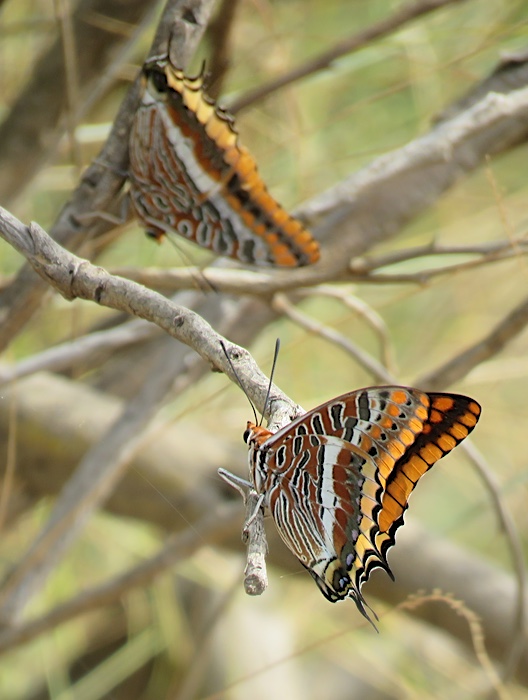 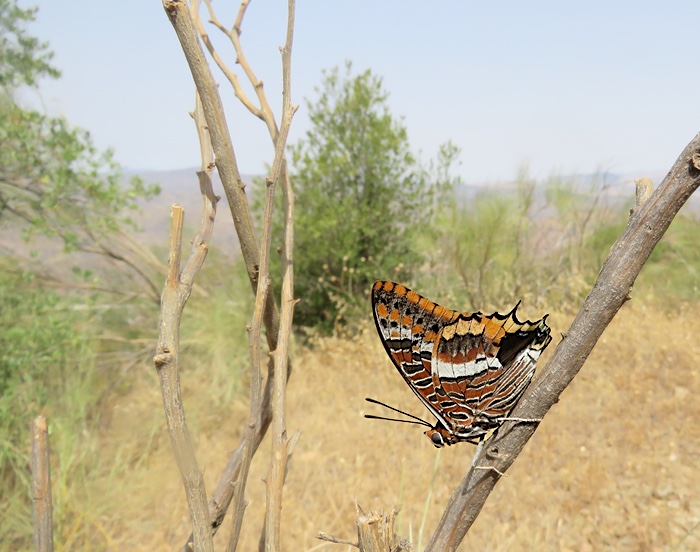 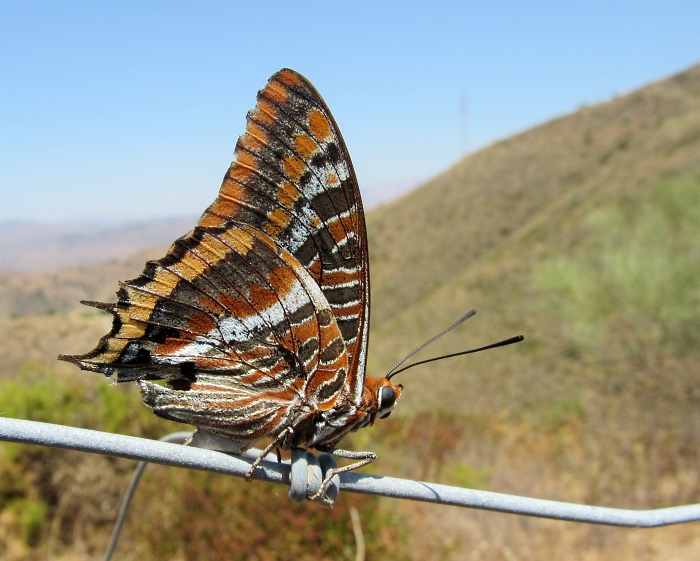 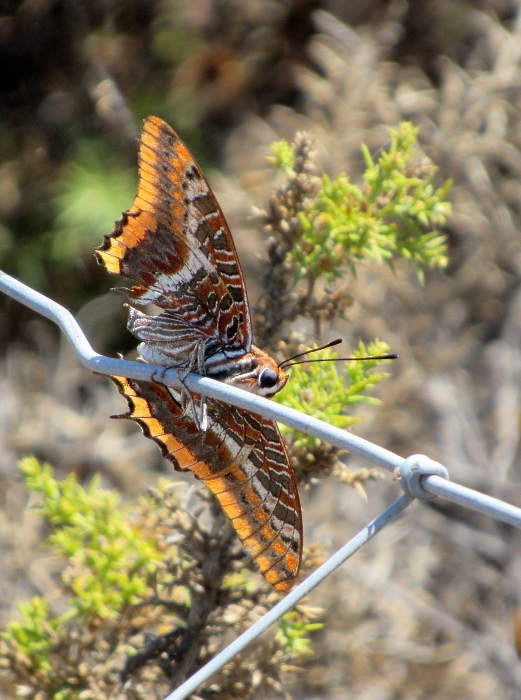 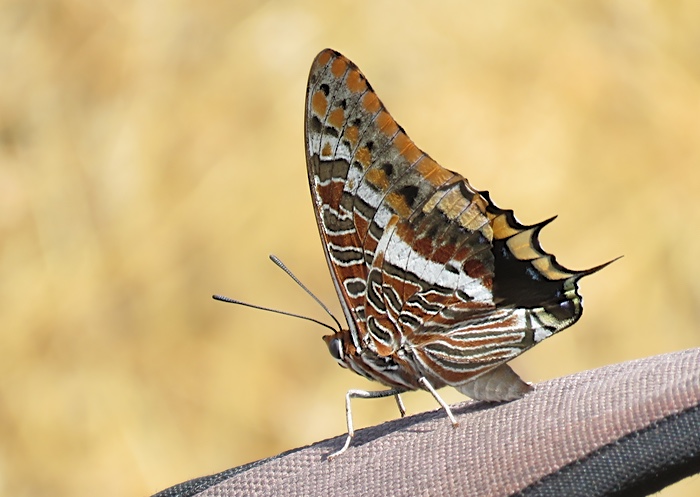 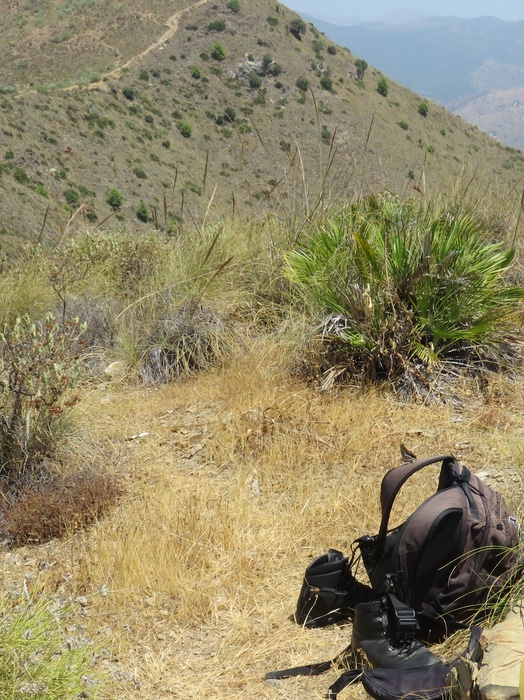 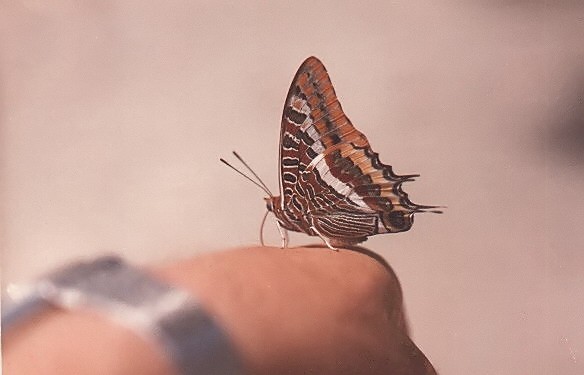 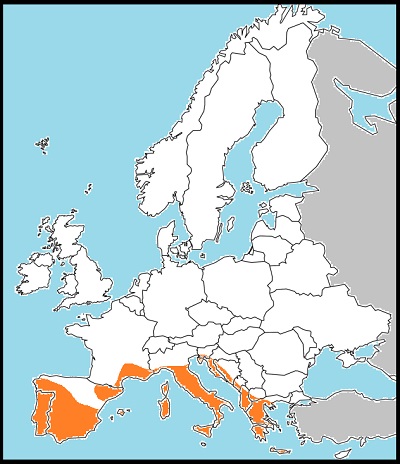 
This is the sole European representative of a largely Afrotropical genus of large, powerful butterflies - indeed, the sole European member of this subfamily, the Charaxinae. The Mediterranean represents the northern limit of this species, which ranges in several subspecies throughout the African continent as far as South Africa and is the type species for a group of related butterflies, the Charaxes jasius group. It is not rare in Europe but is quite local, being dependent on the presence of its foodplant, the strawberry tree, Arbutus unedo.

The underside is quite unmistakable. The upperside, seen more rarely at rest but easily visible in the swooping, gliding flight, shares the broad, orange border, doubled on the forewings, but is otherwise largely a uniform brown colour with some blue spots inside the orange band on the hindwings. This is a fearless, territorial butterfly that will swoop at you and even land on you; but equally, it is ever alert and will not sit around waiting while you creep round to the other side for a photo from a different angle. I am told your best chances are when it lands on fermenting (or laced) fruit, which it loves - especially bananas.

The species is double brooded, flying in May and June and then again from late July to September. It hibernates as a larva.