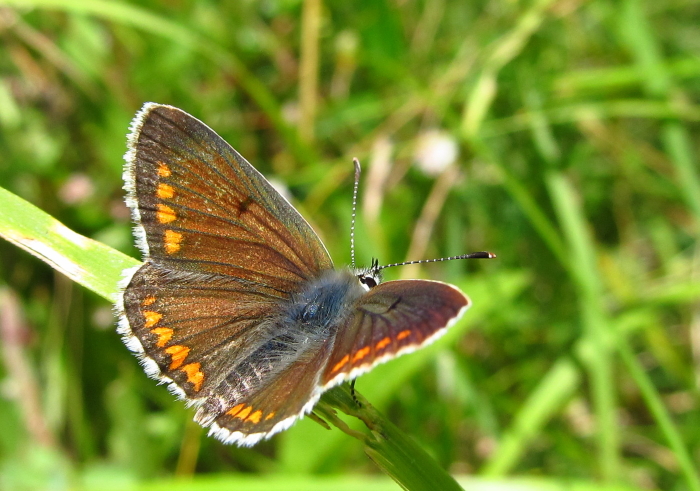 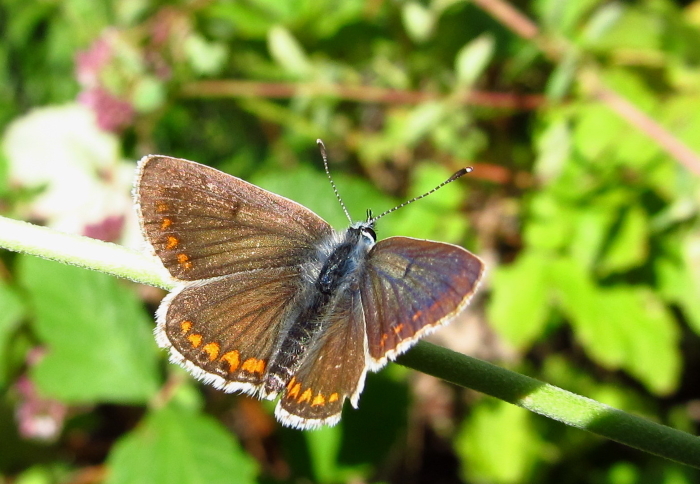 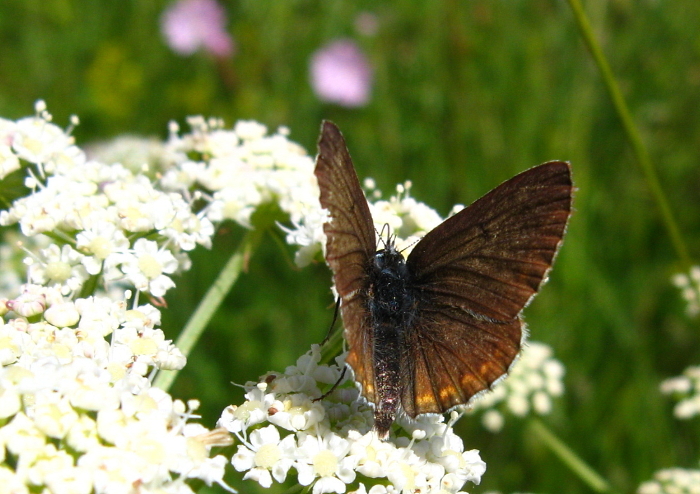 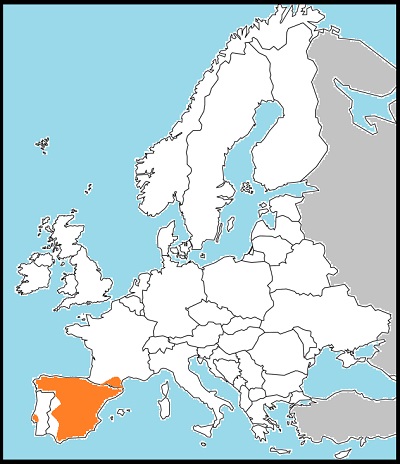 
The taxonomic status and distribution of this species remain controversial. The map above was taken from Leraut and follows the conclusions of Sañudo-Restrepo et al., 2012. It was formerly - and by some authors still is - treated as a subspecies of Aricia artaxerxes, the northern brown argus. All the photographs above were taken in the Spanish Pyrenees, where according to recent authors artaxerxes does not fly. When I took them I treated them as artaxerxes - otherwise I would have taken much greater care to get better pictures! The vernacular name was, I believe, first coined by Leraut.

In appearance, this species is most like the northern brown argus, sharing with that species the slightly pointy wings. It is, however, slightly larger and has on average more complete sets of orange spots on the forewing - still less complete than in brown argus, and much less complete than in southern brown argus, the only other species in most of Iberia. The markings on the underside hindwing are said to be weaker than in other Aricia species. In the one underside I have photographed, the lower spot of the 'colon' is distinctly smaller, and this is true of most individuals shown in Muñoz Sariot's Licénidos Españoles (he does not consider artaxerxes to fly in Spain).

Muñoz-Sariot cites the foodplants as various species of rockrose (Helianthemum) and storksbill (Erodium). He states that the larvae hibernate in 2nd instar at the foot of the foodplant. The butterfly is single-brooded, flying from June to September in mountainous areas above 1000m.