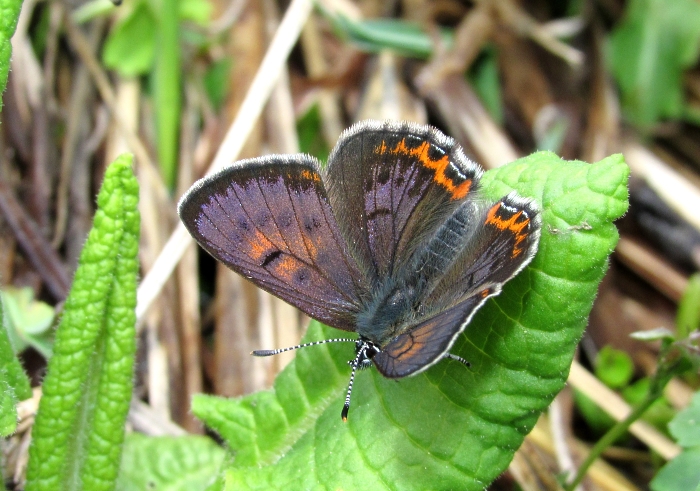 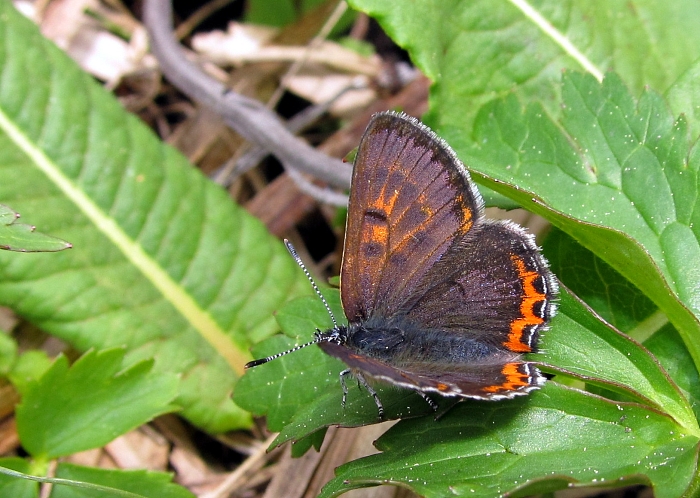 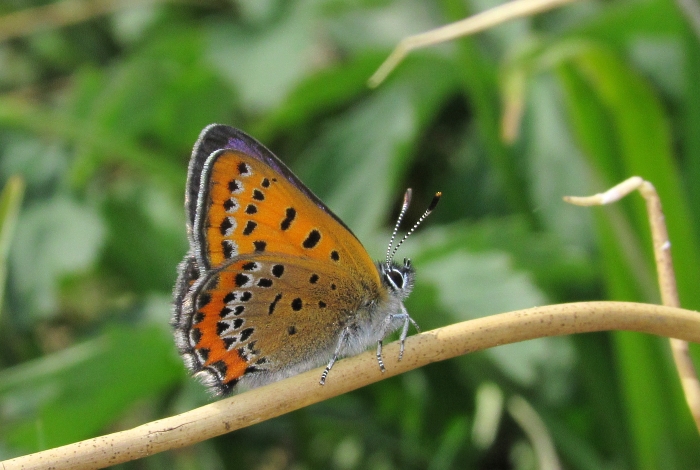 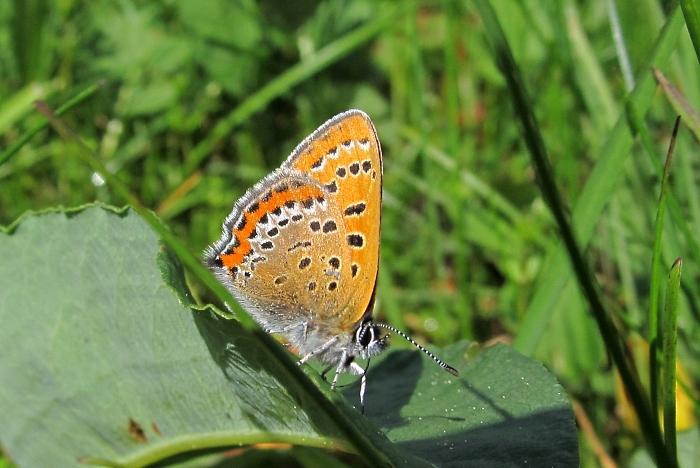 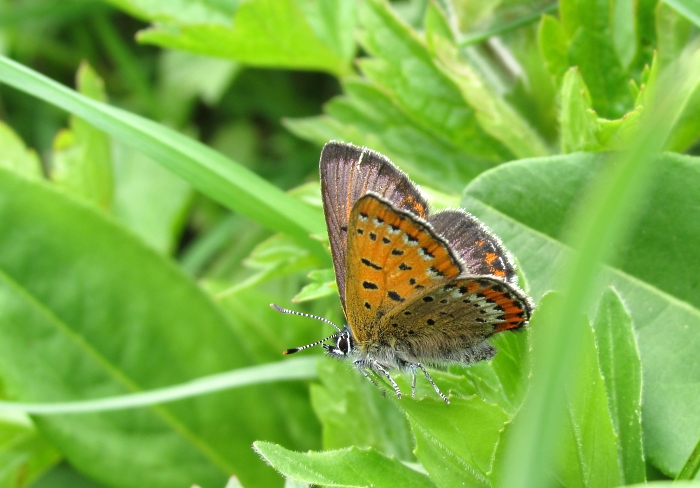 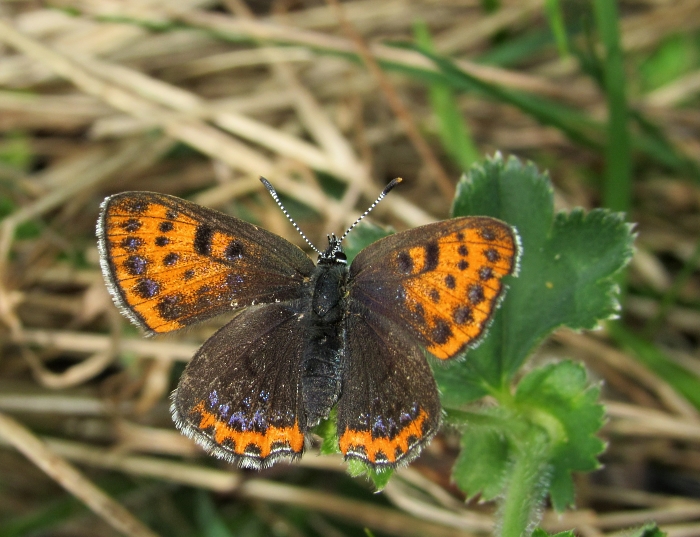 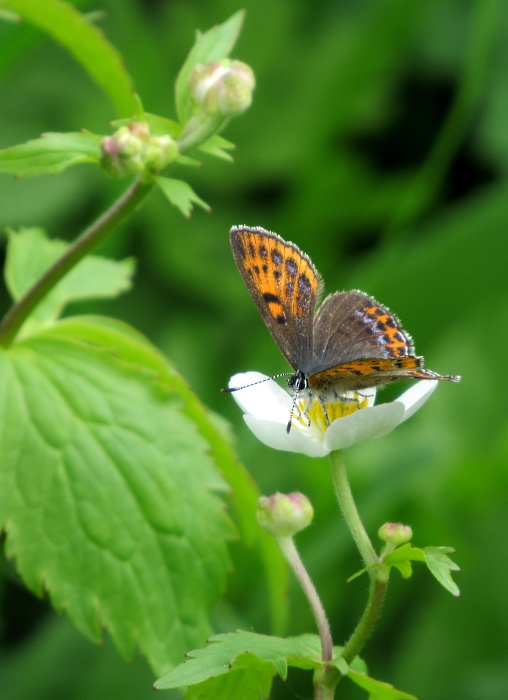 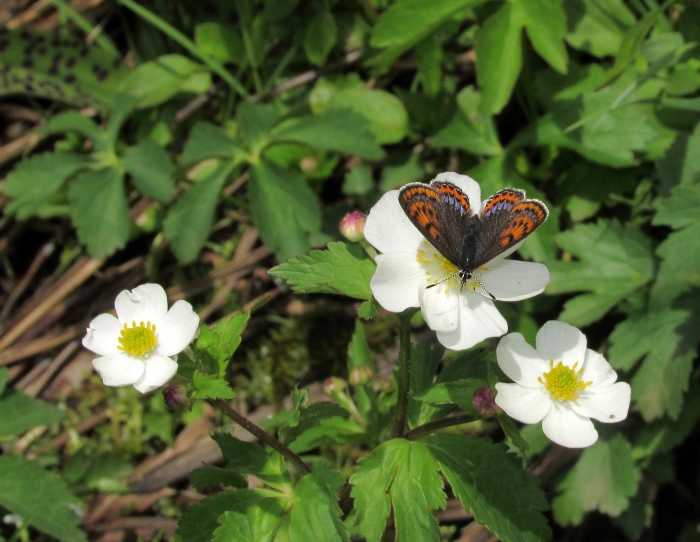 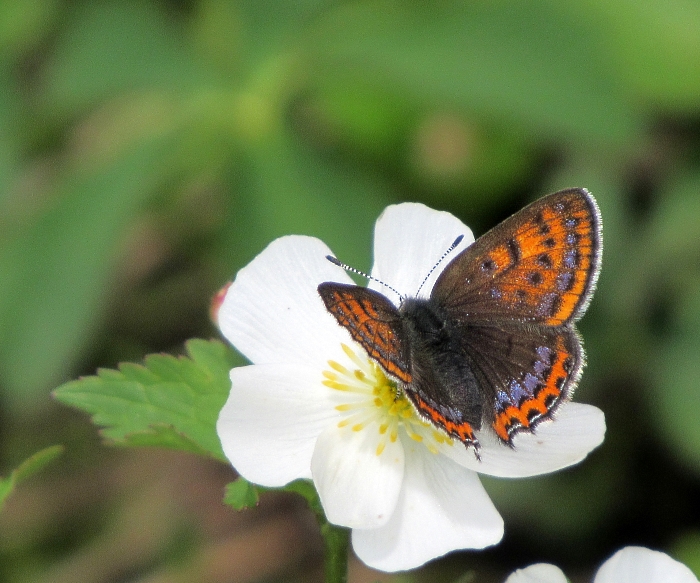 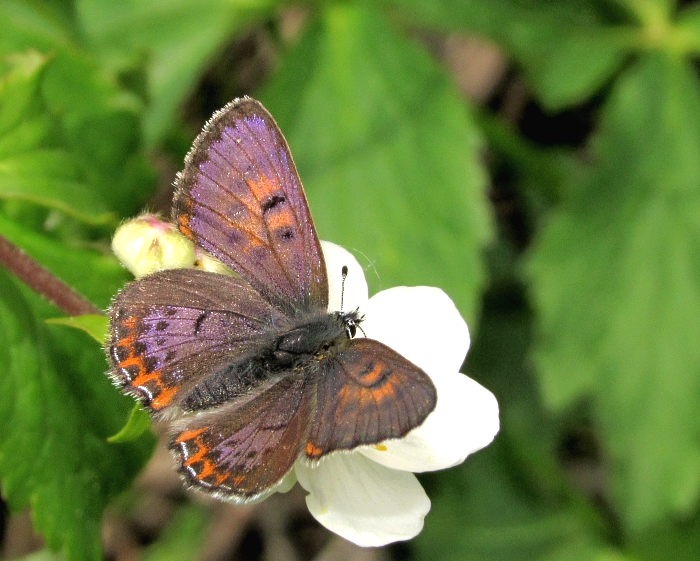 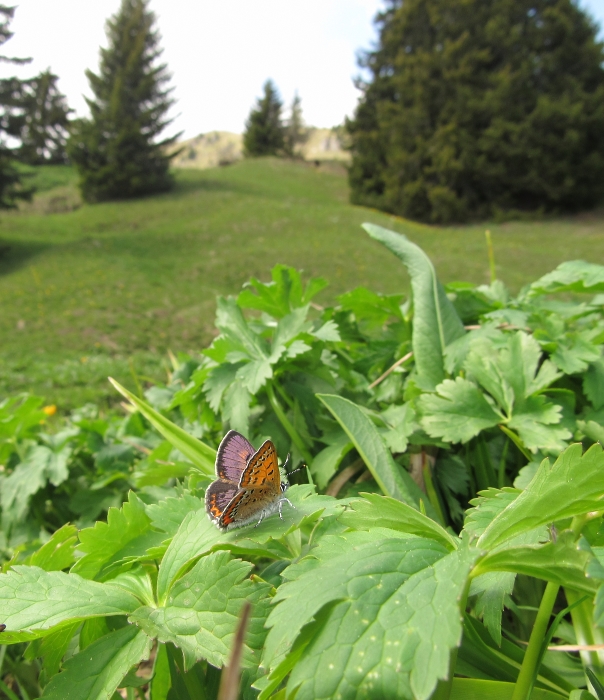 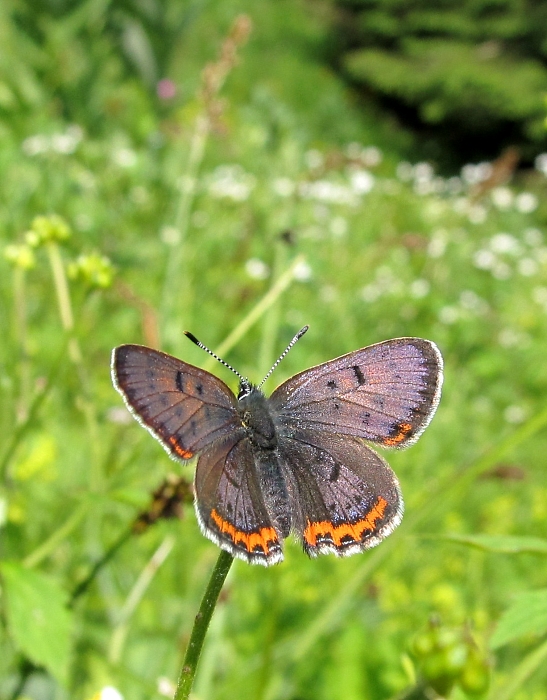 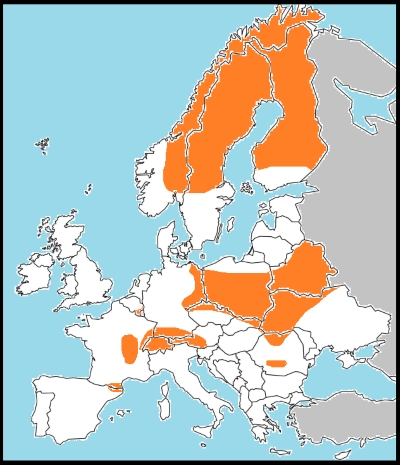 Distribution (within these broad areas, colonies may be very local and widely separated)


This is a butterfly of wetlands, found sometimes in profusion in extensive areas of boggy land where its foodplant, bistort grows. Such habitats, sadly, have greatly declined over the last century or two and the violet copper is now considered a rare and protected insect in much of Europe. I am fortunate to have good colonies on my local patch in Switzerland, mostly on upland slopes between 1700m and 1900m. There, the species seems associated not only with its foodplant but also the aconite-leaved buttercup, on which males love to perch and sun themselves and females to nectar. When the snow melts early, sparring males can be seen tumbling over the bogs from April until late June. When it melts late, they may not emerge until late May and then they fly well into July.

Both sexes are easy to identify is the underside is seen. The row of white chevrons inside the orange submarginal band is unique. Males are copper on the upperside with more or less complete violet suffusion, except for the bright orange band on the hindwing. However, in some lights the violet may appear very dull and indeed some individuals are more sooty-brown than violet. I have found this particularly in years when the species flies early. Dull males may be mistaken for sooty coppers (or more often, the over-enthusiastic violet copper hunter will misidentify sooty coppers as violet coppers). Females show more orange on the upperside and have much less violet, localised into spots and patches.

Females lay eggs on the underside of bistort leaves. They fly quite widely looking for suitable places to lay and may choose sites some distance from the flowery patches where the males love to disport themselves. The caterpillars feed on the undersides of the leaves, often creating a translucent pattern visible from above. They develop all the way through to pupa and spend the winter in this state. This means they can emerge opportunistically as soon as conditions are right in the spring. On my mountain,this may happen very suddenly. One day all is bleak and barren, with snow patches covering the habitat, then a week later it is all bloom and green and violet coppers are tumbling in the air again.