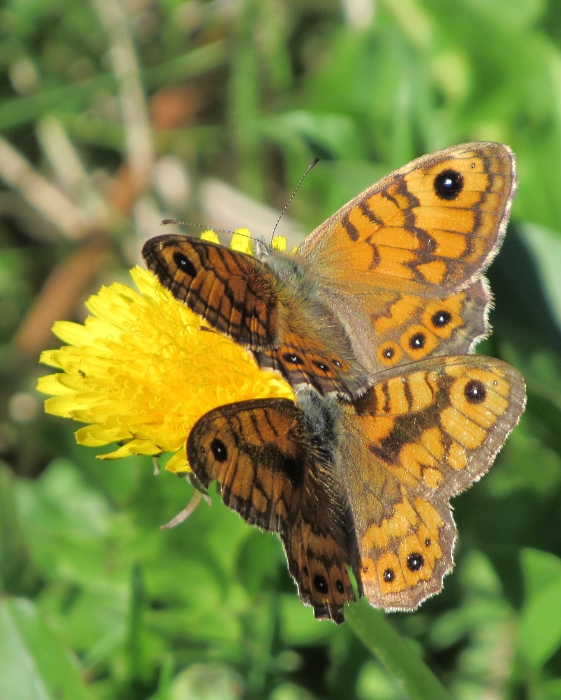 Female above, male below, Switzerland, September 2016 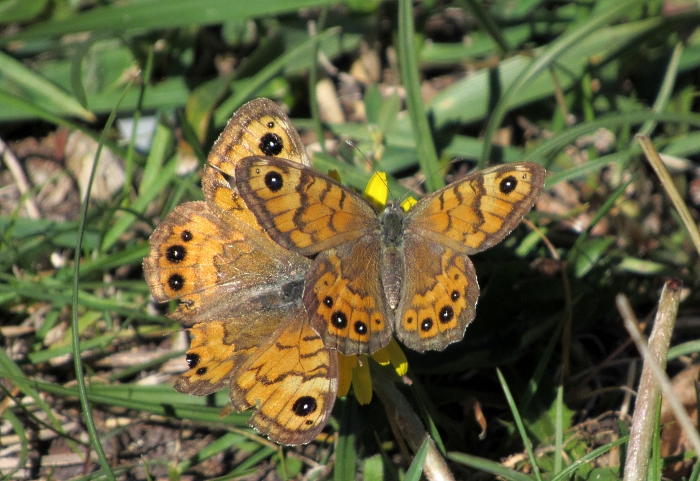 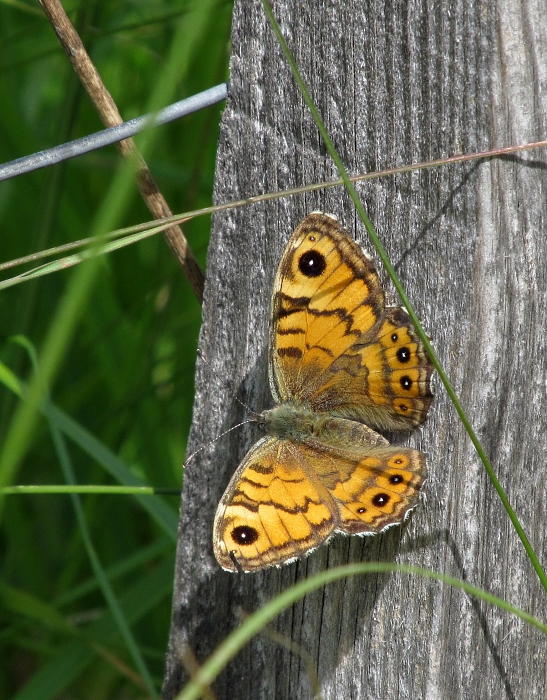 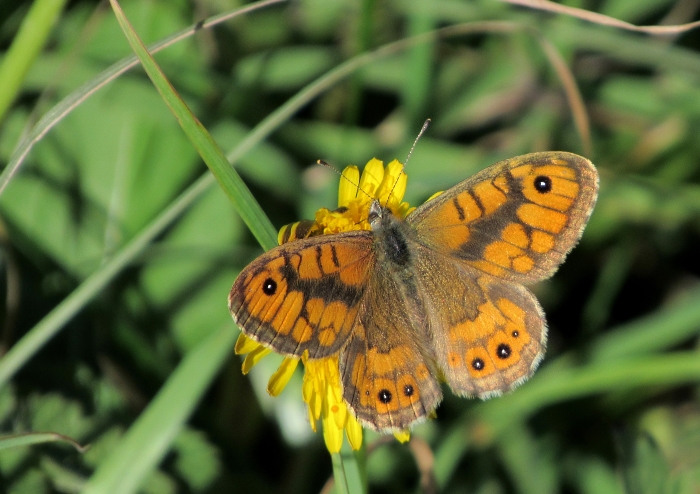 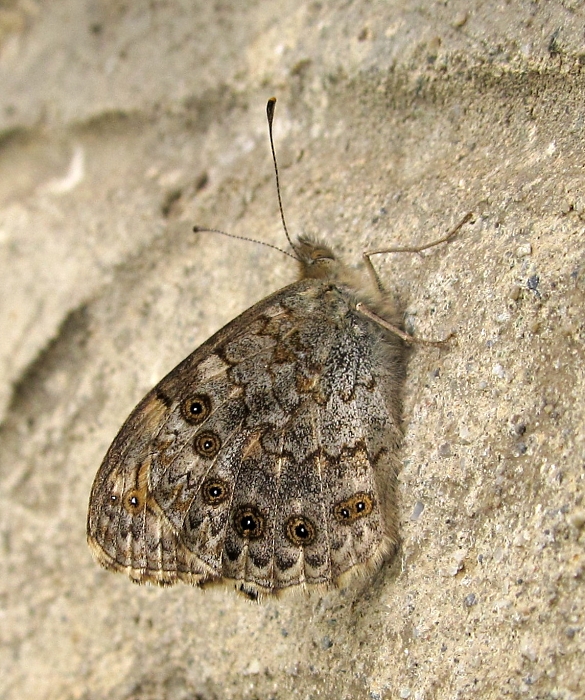 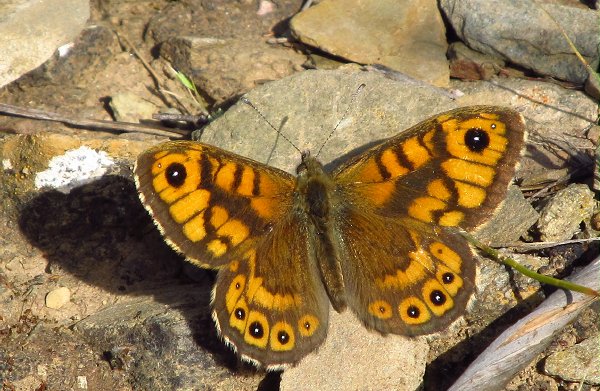 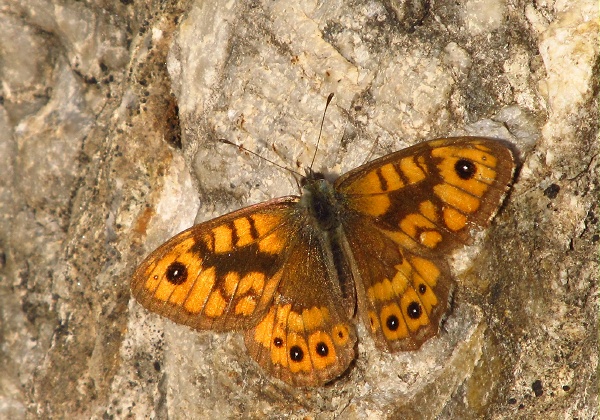 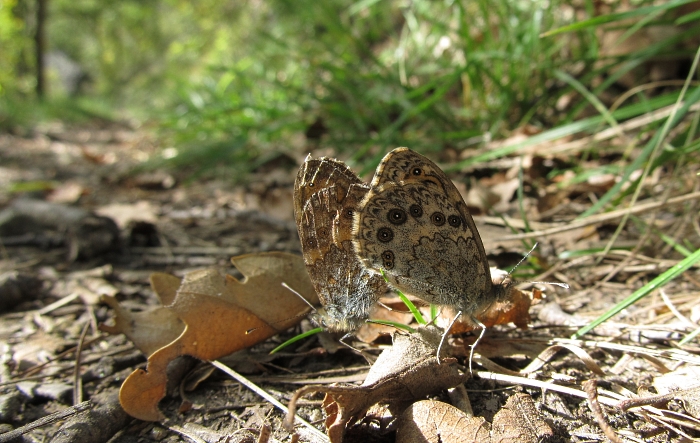 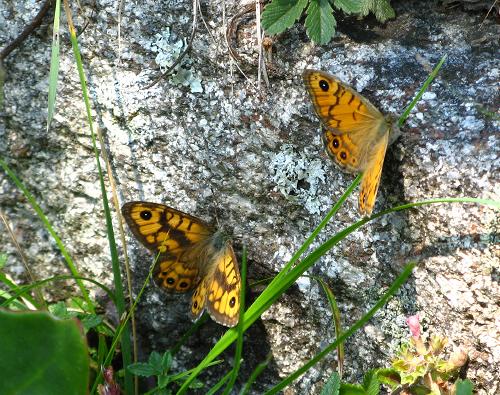 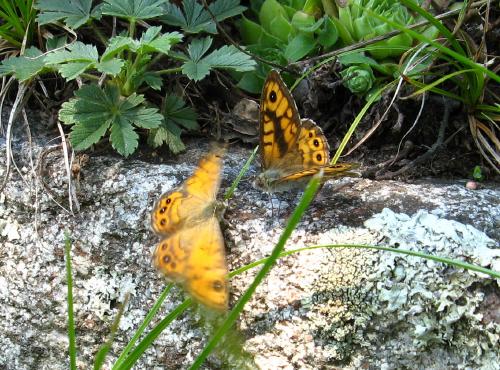 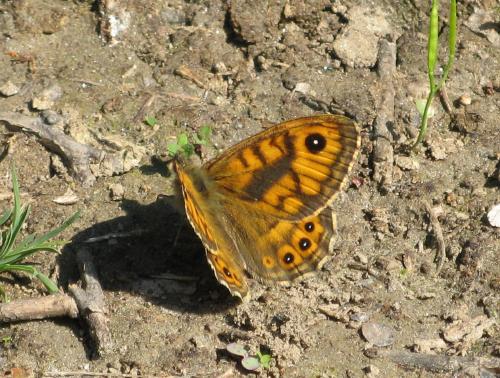 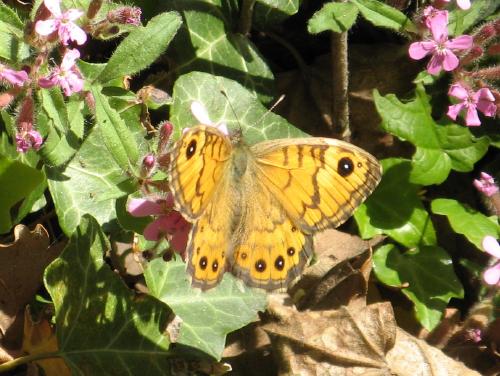 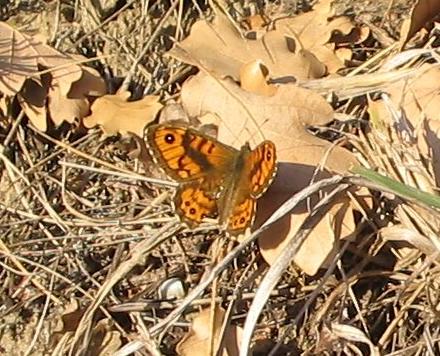 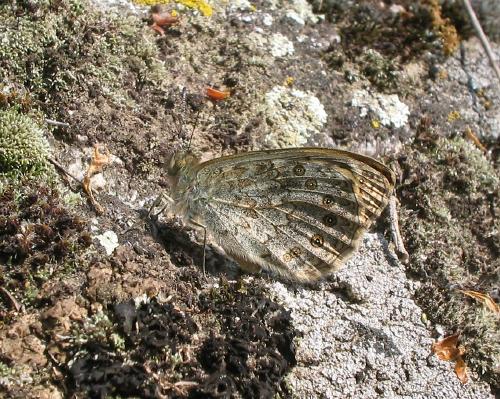 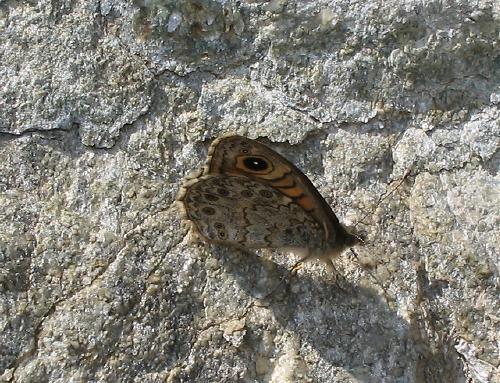 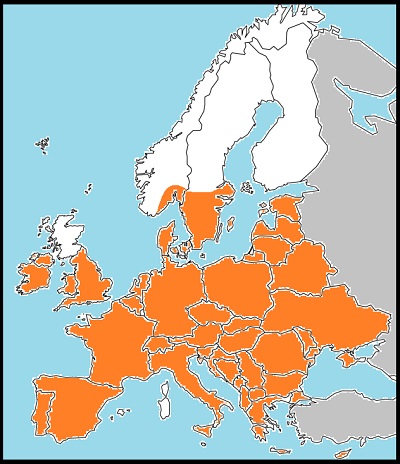 Distribution - note: in Corsica and Sardinia the wall is replaced by the Corsican wall,
Lasiommata paramegera, considered by some to be a subspecies of wall

This is generally a very common butterfly, found in flowery, grassy places all over Europe from April until October or later. I have seen them flying as late as December in Switzerland, in years when the snow doesn't fall. Strangely, however, they have in recent decades become surprisingly rare in much of Britain. In my childhood they could be seen just about anywhere in Suffolk. Since I returned to the UK in 2018, I have yet to see a single wall, though I have seen them each time I have been to Spain or Switzerland since then. The phenomenon is recognised all over the UK and I am not sure what the cause is.

With an upperside view, identification is easy. The combination of fritillary-like markings and general appearance with the characteristic ocelli of a Satyrid is unique. Males are easily recognisable by the strong sex brand beneath the cell. From the underside, the wall is similar to the northern wall and the large wall. The northern wall, however, is much greyer, in particular along the costa of the underside forewing, where there is no visible orange. The large wall, as the name suggests, is larger, and the postdiscal ocelli on the hindwing are double-ringed rather than single-ringed.

The larval foodplants include many common species of grass. The species hibernates as a caterpillar.