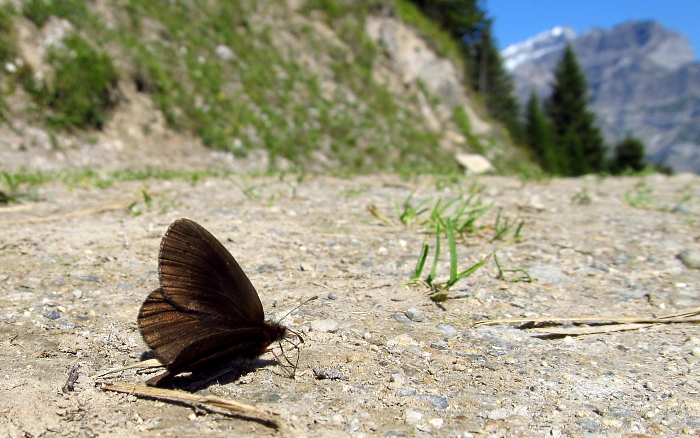 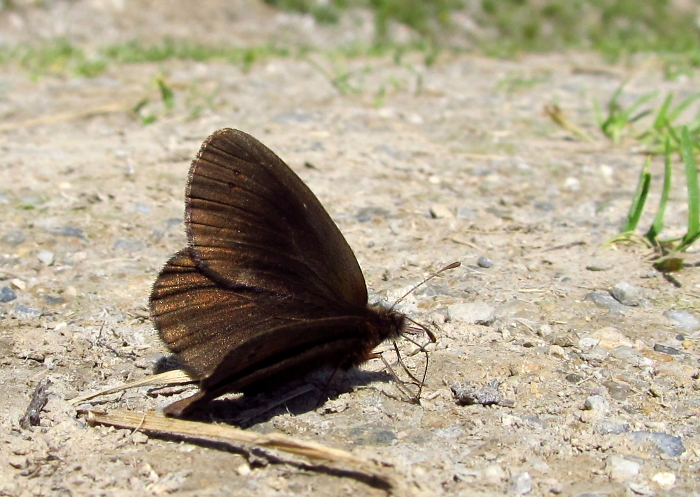 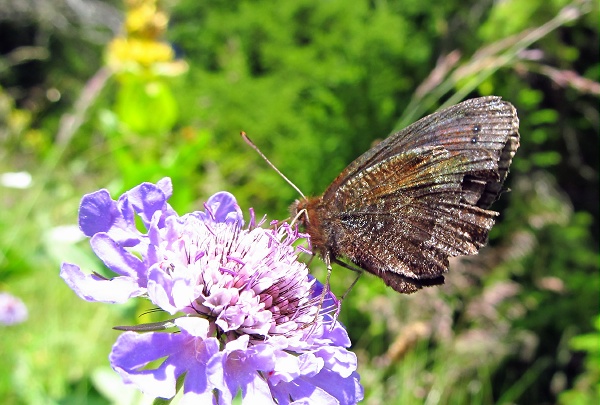 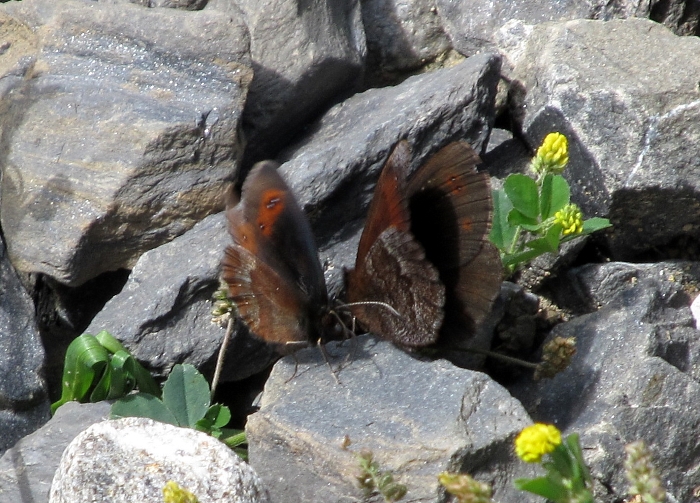 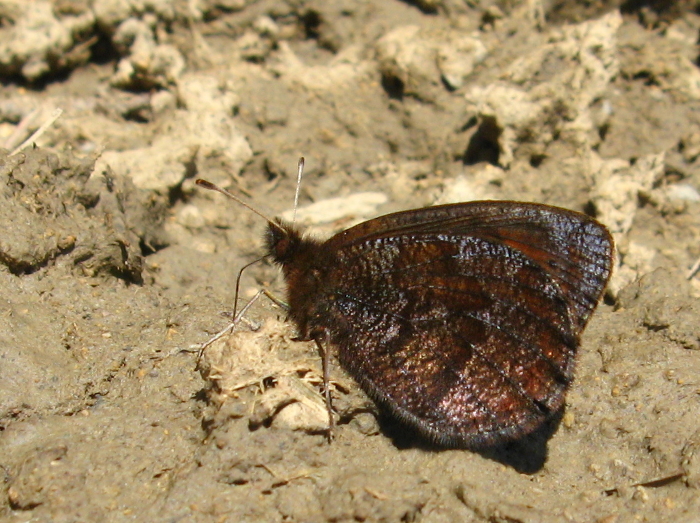 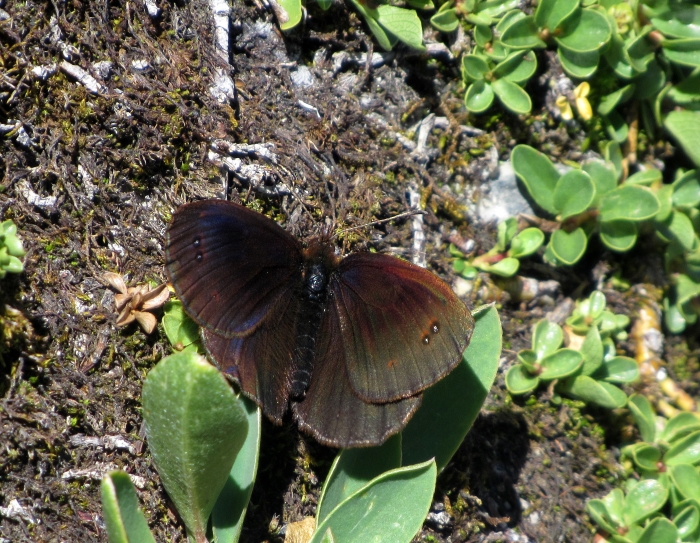 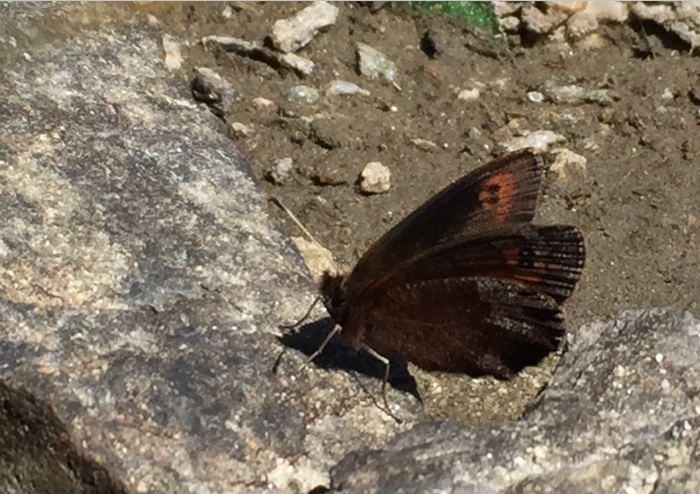 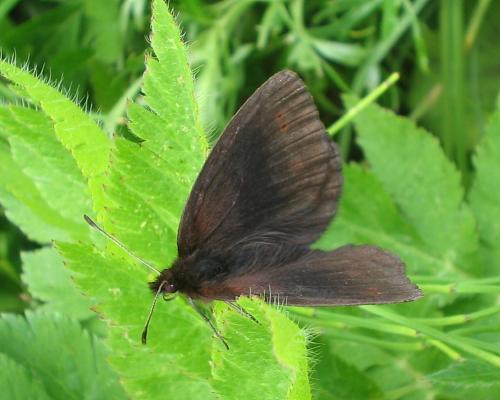 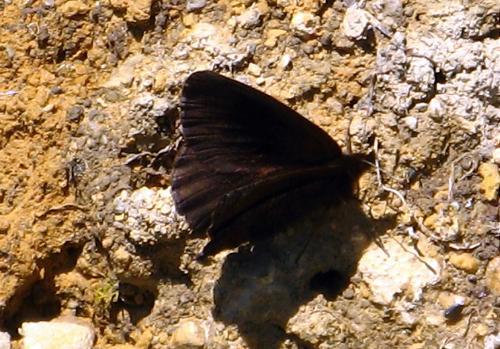 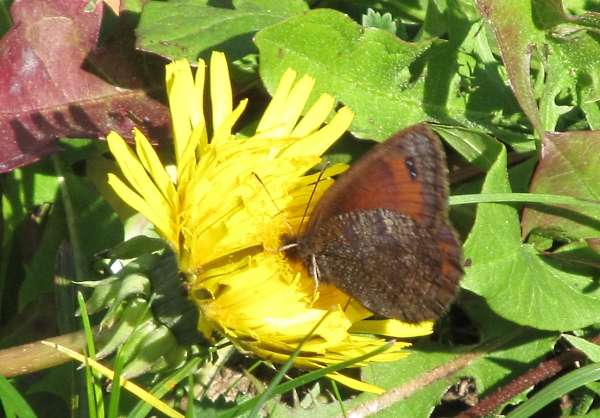 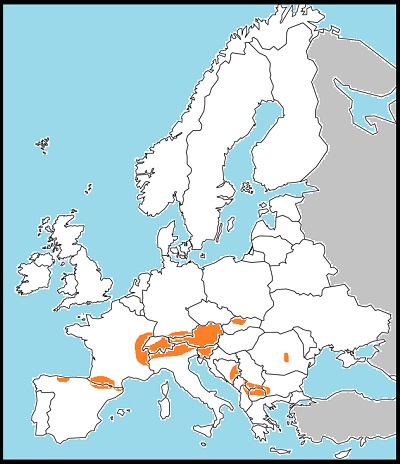 In Switzerland, this is one of the later ringlets, appearing in the second half of July and continuting into September. The books say it flies from the end of June, so I imagine this must be at lower altitudes. I find it locally in rocky, often damp, grassy places, often near trees.

The mountain form in Switzerland, f. vergy, is very dark, the two apical ocelli of the male being reduced to points and set in so little (or no) red they are not visible until you look really closely. The female has a little more red. In the valley I have found individuals resembling the nominate form, pronoe, with considerably more red. The female of this form resembles a Scotch argus from above, while the male has reduced - but nevertheless obvious - red banding. Fortunately, despite this variation, the species is readily identified by the underside - in particular, by the purple reflections on the hindwing and beneath the apex of the forewing, often suffusing the eyespot region here. As soon as this is seen, there can be no doubt about the species. It is one of the larger Erebia.

The larval foodplants are grasses, including sheep's fescue and other fescues, and it is the caterpillar that hibernates.