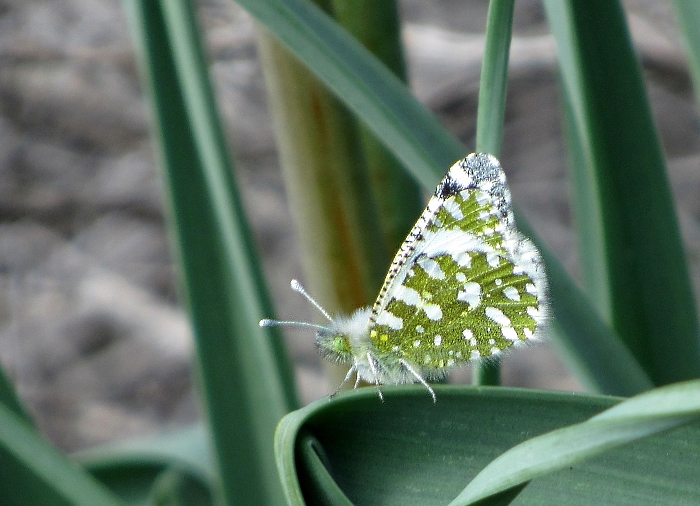 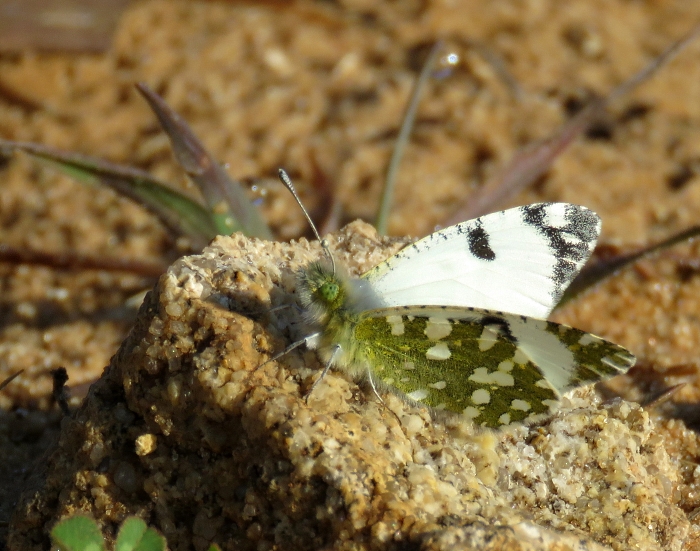 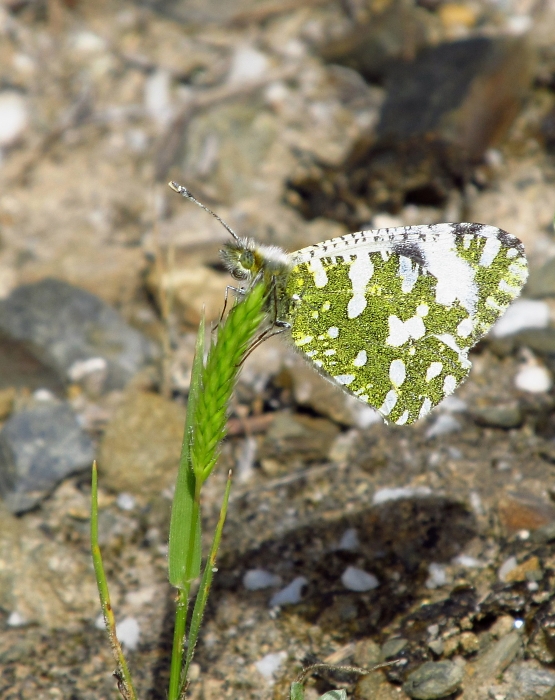 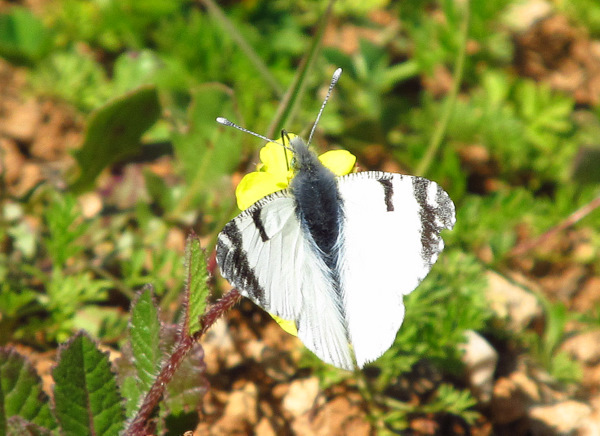 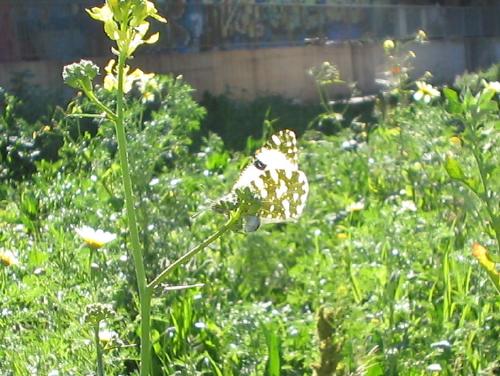 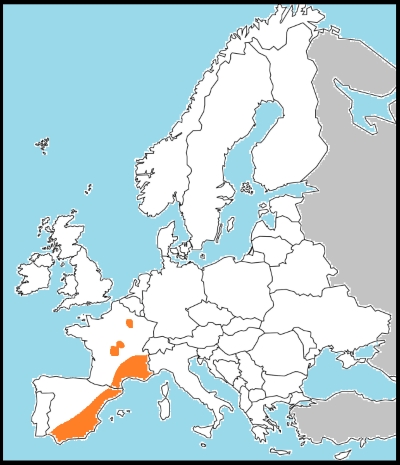 This is a common butterfly within its range and I should have better pictures of it. It only seems to fly in the first half of the year, though, and I am rarely able to spend long in southern Spain, where I see it, in spring. It is very closely related to three other European species, Euchloe insularis, which flies only in Corsica and Sardinia, Euchloe simplonia, a species of the mountains, and Euchloe ausonia, its sister species, formerly considered to be found only in the East. More recently, Leraut has established that ausonia flies in Spain and Portugal, overlapping with this species in the South of Spain.

The most reliable way of separating this species from ausonia seems to be the markings on the underside of the hindwing. These are neater and more numerous, especially towards the base, in crameri (the 'western' dappled white). In ausonia they are less well defined and often obscure at the base of the wing. Where this species overlaps with the Portugese dappled white, the latter can be distinguished by the very rounded hindwing, lacking the angle in the costa.

The western dappled white hibernates as a pupa. It flies in two generations from February to early July.