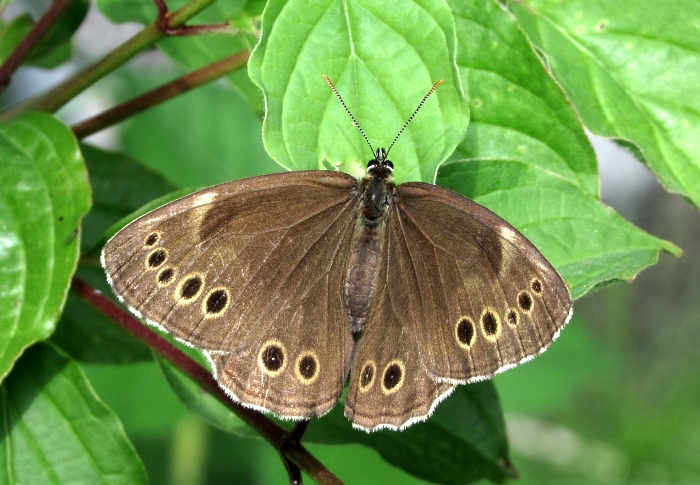 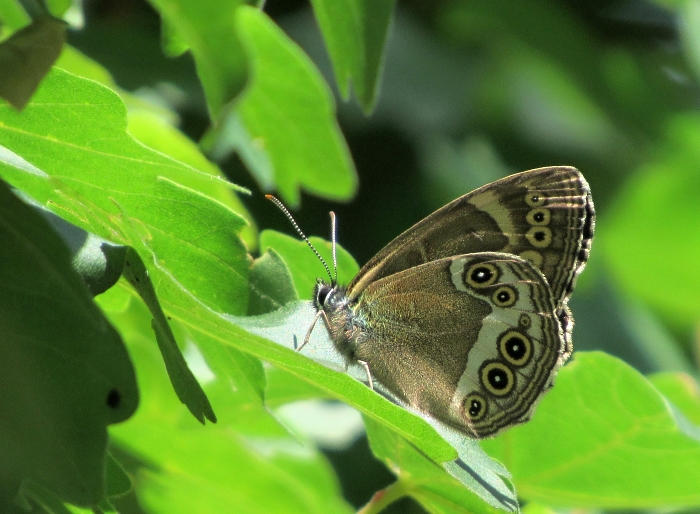 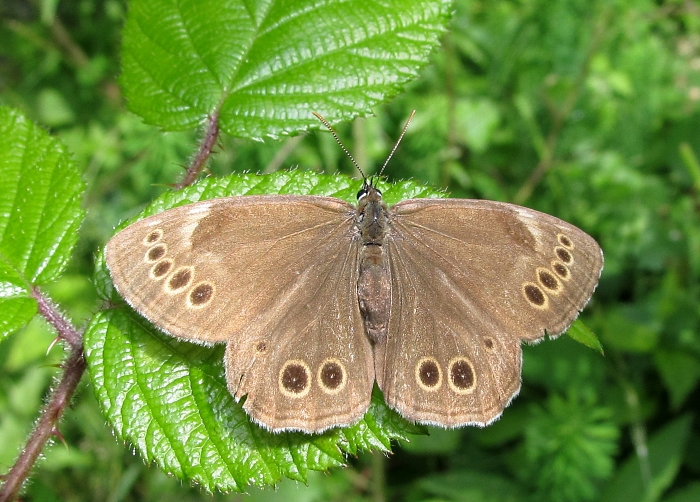 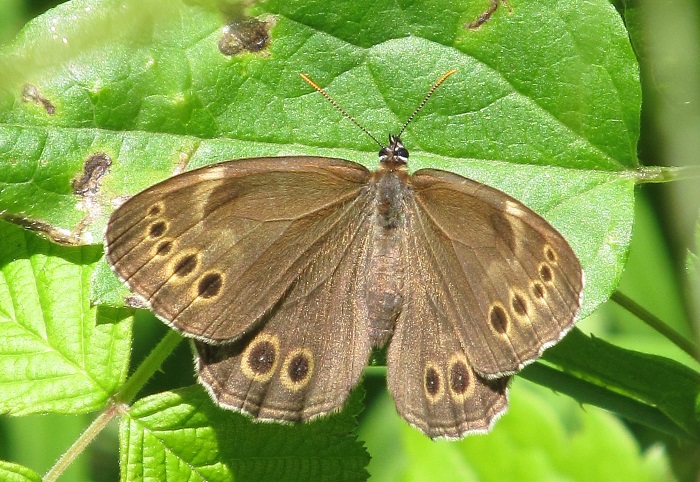 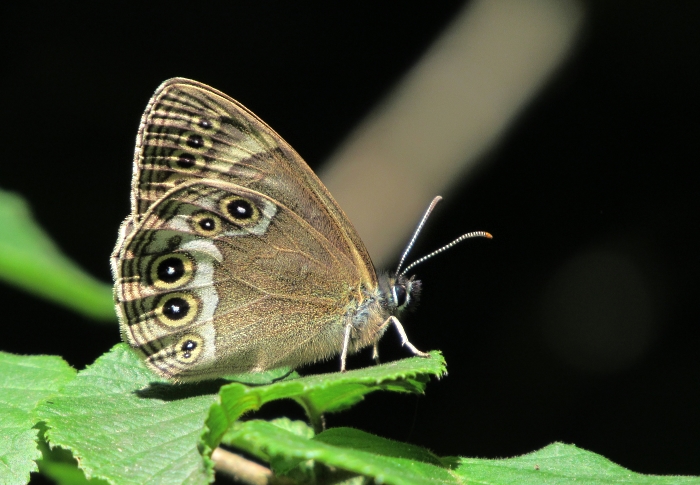 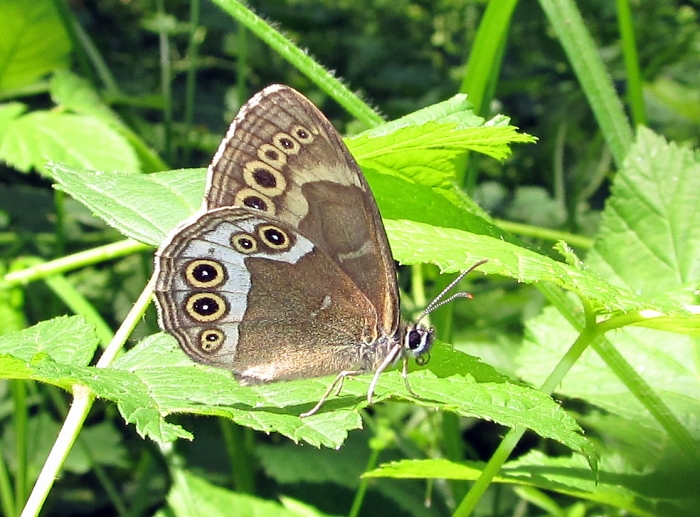 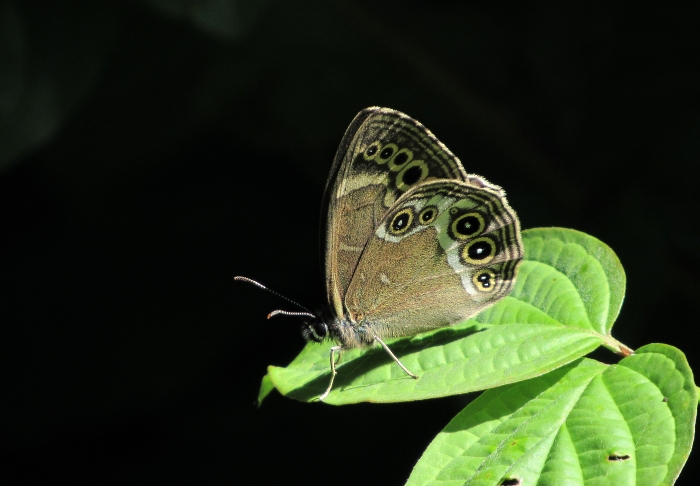 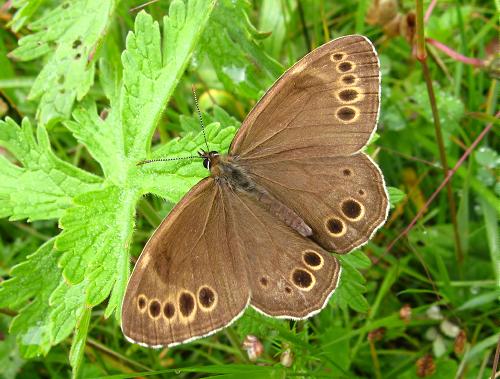 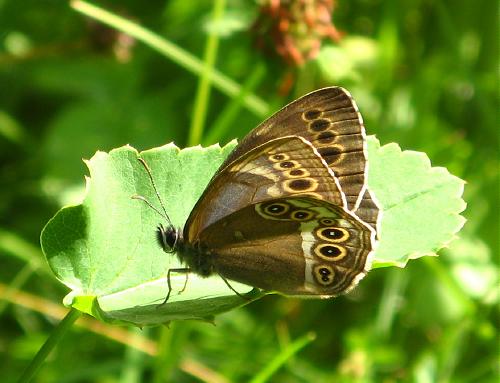 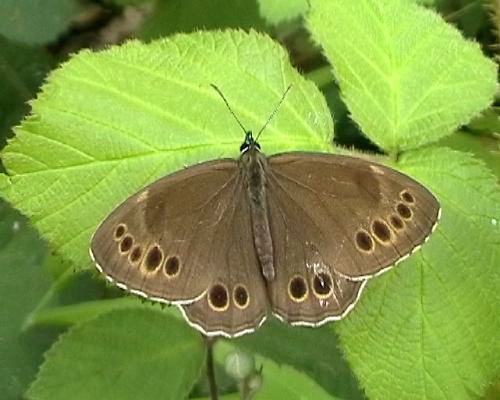 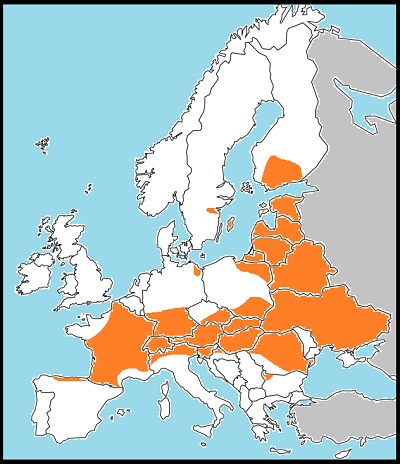 This beautiful woodland butterfly is in decline in most of Europe, including Switzerland, where all these woodland browns were photographed. It frequents shady woods in June and July, often resting quite out of the sun in leafy nooks and crannies. When disturbed it flies a long way and is a difficult insect to photograph, though at favoured spots - like the sap run in my video - it can be surprsingly easy to approach. Although generally regarded as rare it may be widely present in a region and locally common. I know of three quite distinct and separated colonies in my corner of Switzerland alone.

A settled butterfly cannot be confused with anything else, whether the upperside or the underside is seen. In flight, it might be mistaken for a large wall, with which it often shares habitats. The woodland brown flies with a rather bouncy, restless motion, often disappearing into the trees and rarely checking out nectar sources. It appears dark in flight, unrelieved by richer tones or by the silver grey visible on a large wall hindwing when it passes close by.

The larval hostplants are tor grass and false brome. The caterpillars hibernate and the adults fly in a single, rather short generation that is usually finished by the end of July.