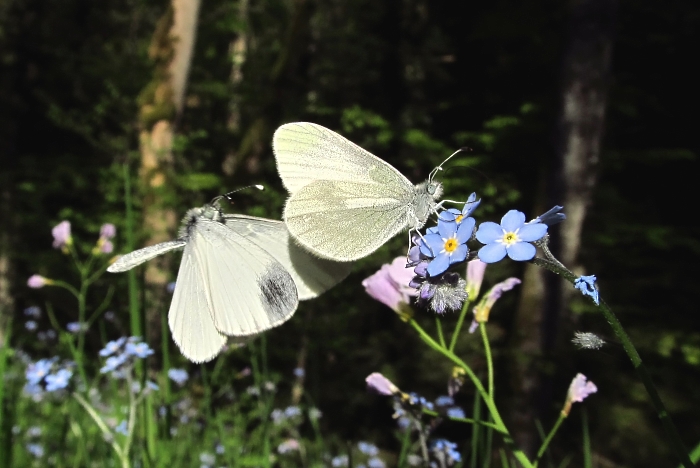 Switzerland, May 2013 - I believe it is a male on the left and a female on the right. 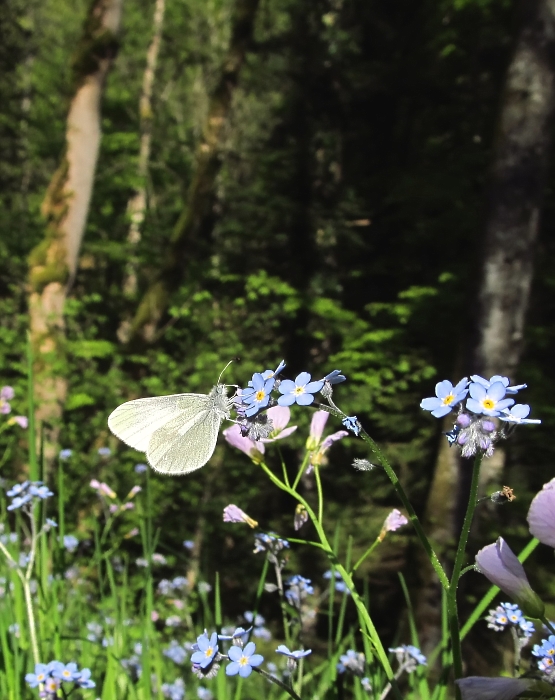 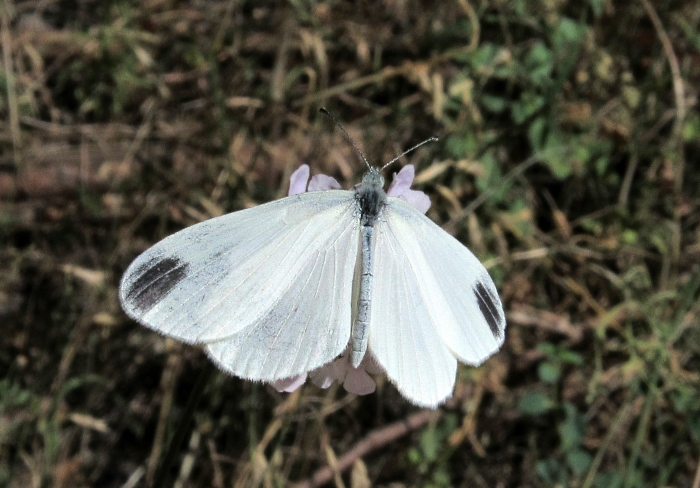 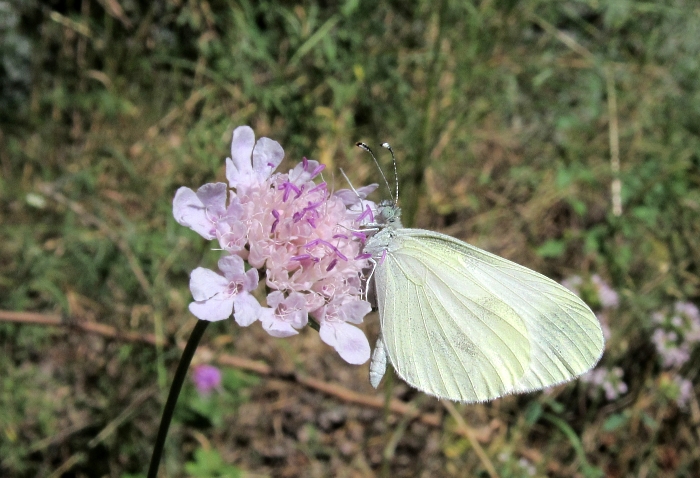 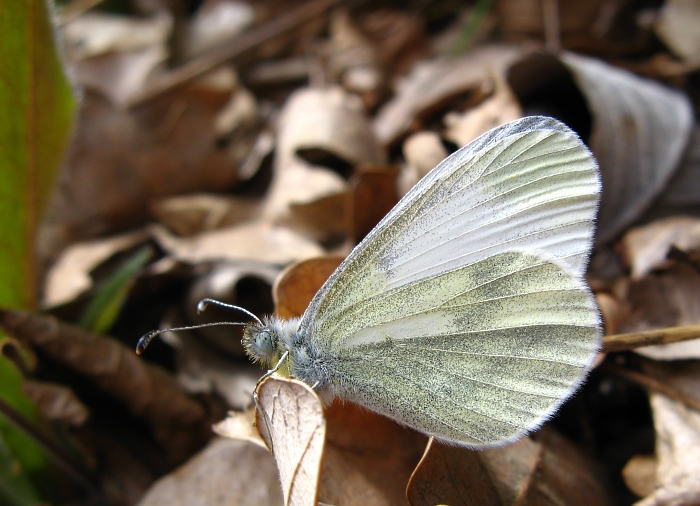 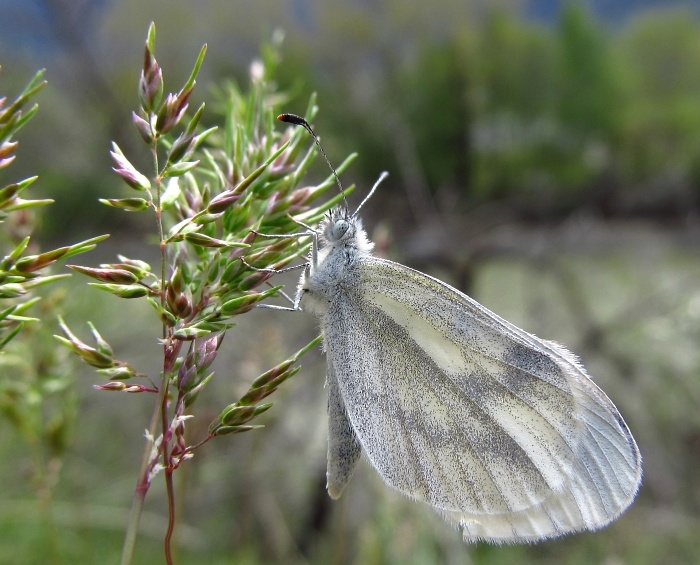 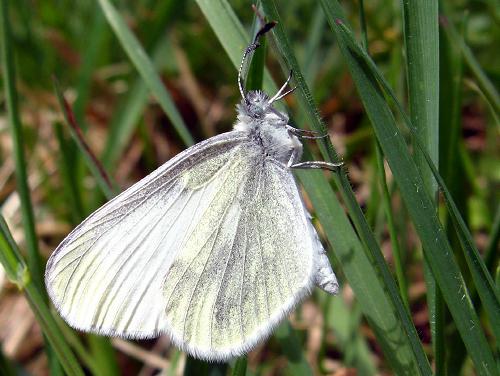 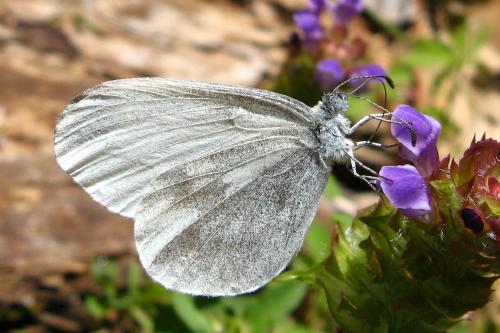 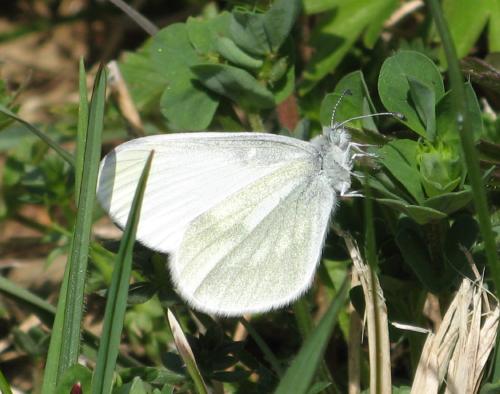 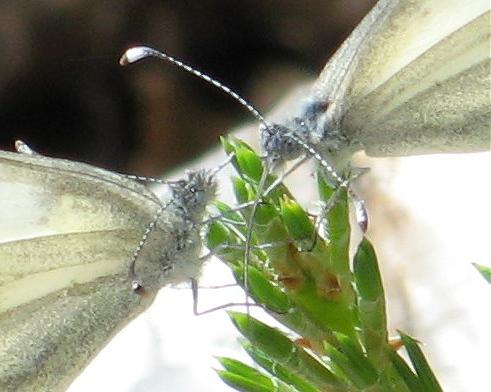 Wood whites have a touching courtship ceremony, during which the male repeatedly flicks his proboscis at the female. 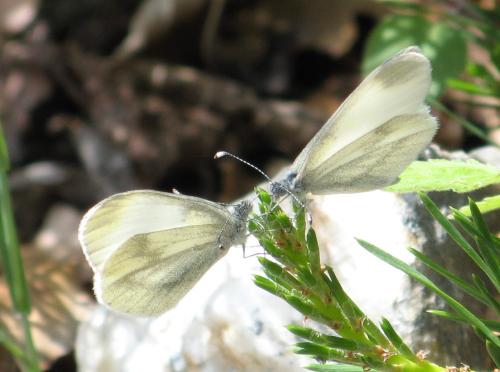 
If the above clip does not open, it can be seen directly on YouTube HERE. 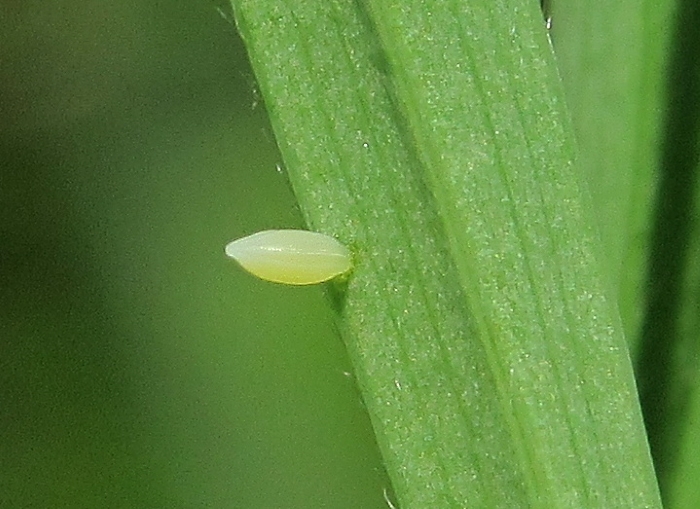 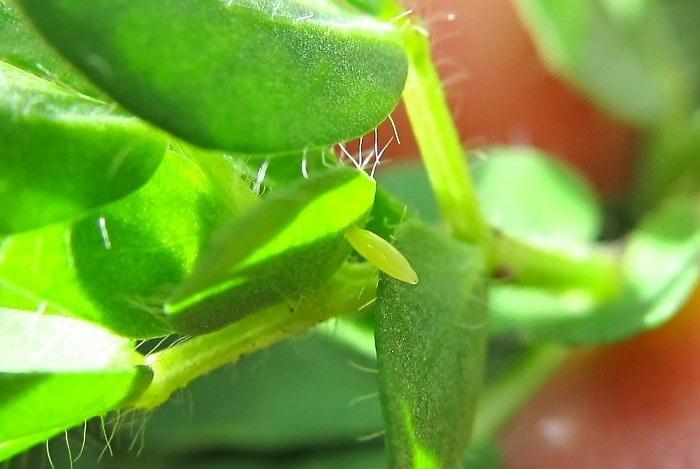 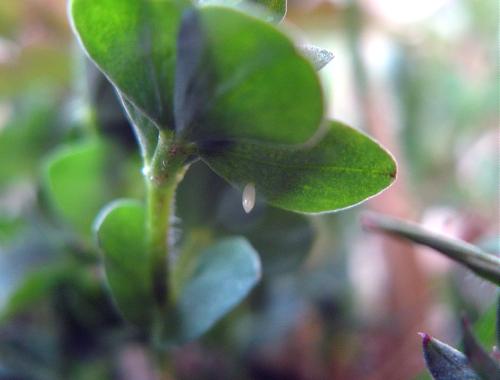 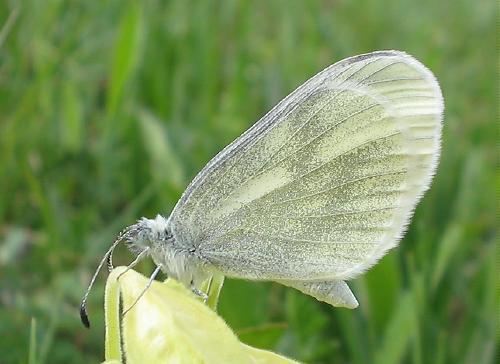 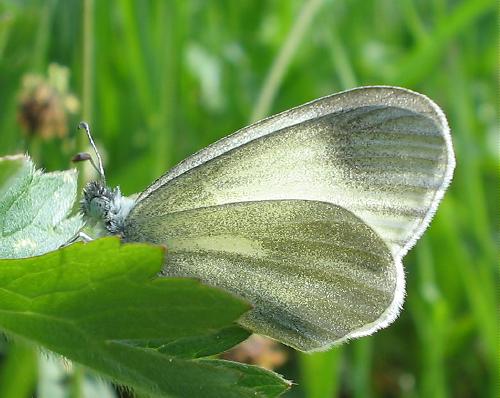 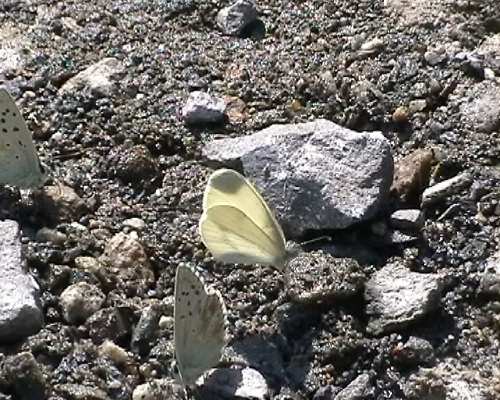 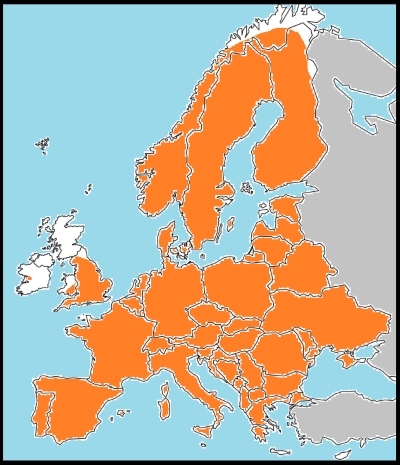 The wood white is the best known of three very similar species, the other two being Réal's wood white, Leptidea reali and the cryptic wood white, Leptidea juvernica. These last two were only recently discovered, the first by morphological analysis (of the genitalia) and the second by DNA analysis. Because of this, and the fact they are not readily separable in the field, there is relatively little data available relating to the distribution, ecological preferences and behaviour of the three. It has, however, been established that reali is restricted to Iberia, the South of France and parts of Italy. Juvernica is more widespread in the northern half of Europe, though absent from Iberia. It is the predominant species in Ireland. Sinapis is found throughout Europe, as shown in the above map, though it is almost absent from Ireland. Interestingly, it seems probable that historically - that is to say, before the last Ice Age - juvernica was the 'common' wood white and sinapis had a more restricted distribution. This situation has reversed. I believe the ratio in Switzerland is 3 : 1, sinapis : juvernica (though when I was given that statistic, juvernica had not been discovered and it was thought that reali flew in Switzerland!

At the moment, I'm not 100% I can distinguish the wood white from its siblings but there are allegedly some differences. The post-discal shadow on the hindwing of juvernica and reali is straighter in sinapis, following the curve of the wing less. The underside of the summer broods is pale, while summer broods of juvernica are typically darker and more like the spring brood. Leraut says there are differences in the amount of orange on the antennae but I am not yet convinced by this. I believe the individuals on this page are all sinapis but I cannot say for certain and they should not be used to test others' pet theories!!

The courtship ritual of all three species is remarkable and unlike anything else in the butterfly world to the best of my knowledge. Male and female face each other and alternately touch antennae and clap their wings. Eggs are laid on various Fabiaceae and there are two broods in most of Europe - just one in the far north. The butterfly hibernates as a pupa.