BACK TO MY INDIA PAGE
Blue Pansy
Junonia orithya

This picture was taken by Fred: 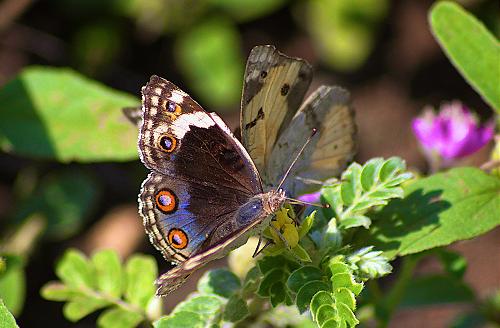 The butterfly in front is a beautiful blue pansy, while the one behind it is a yellow pansy, Junonia hierta.

Here is an underside, photographed by me in the cemetery in Kolkata where my grandfather lies: 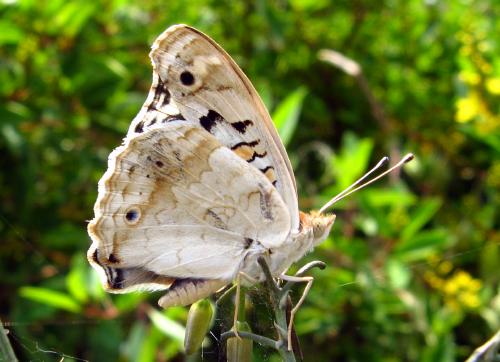 A closely related African species, Junonia oenone, is also called the blue pansy and looks rather similar. It is that blue pansy which appears on the British list (by virtue of an accidental arrival), not this Indian one. The Indian species flies in Australia too.