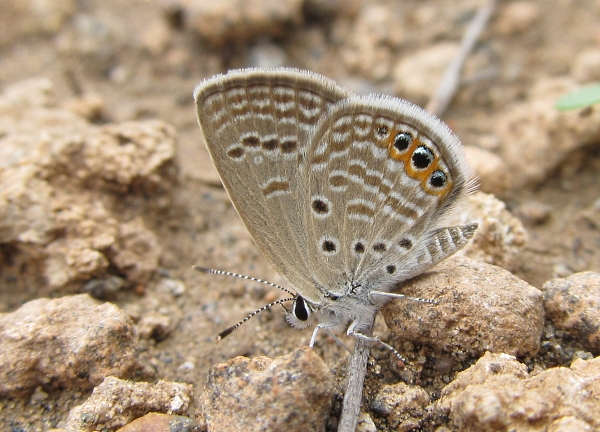 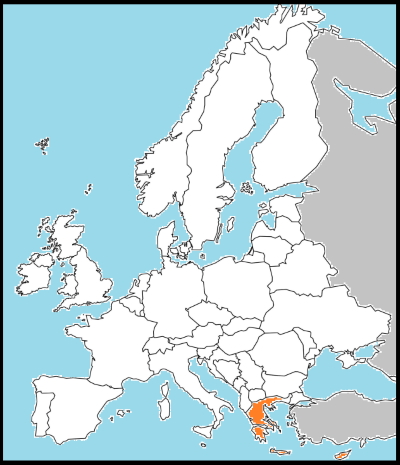 
This tiny blue is found in Greece, Turkey and eastwards into India, where the above photograph was taken. It is described as rare and local in its European outposts but on a global level is one of the commoner species of its genus.

The upperside of both sexes is brown, with orange on the hindwing in the same place as on the underside. It is one of those butterflies that reveals stunning beauty when you get really close up to it but which can appear quite insignificant and even dull from a distance.

The larvae feed on Andrachne telephioides in Europe, but use other plants throughout their range. The species flies from March to October in a succession of broods, hibernating as a pupa.