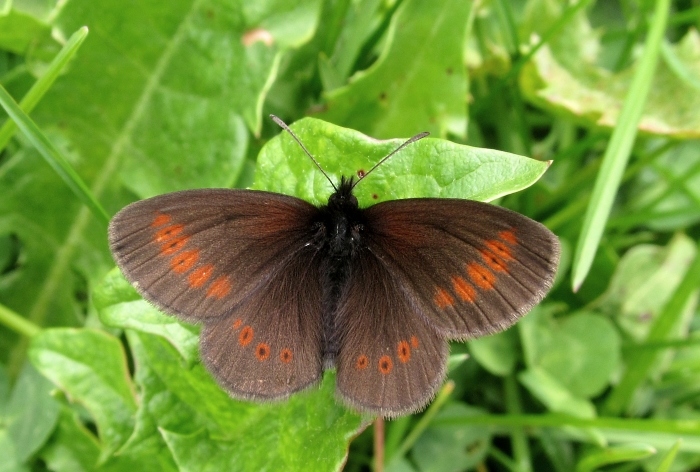 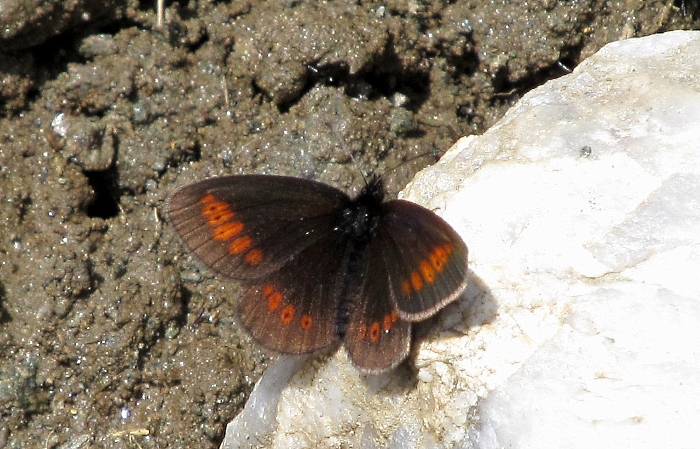 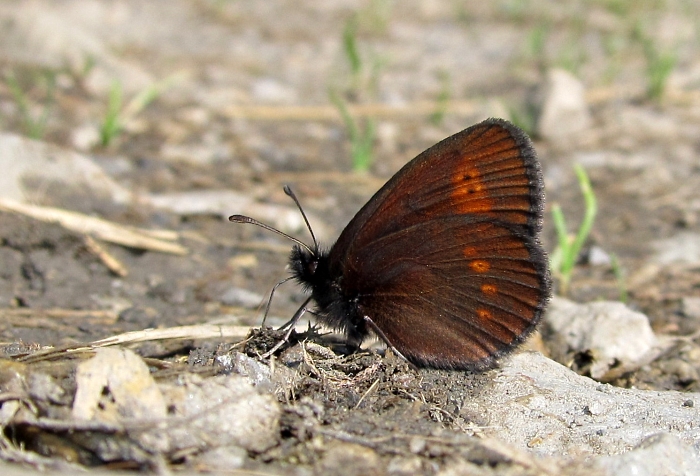 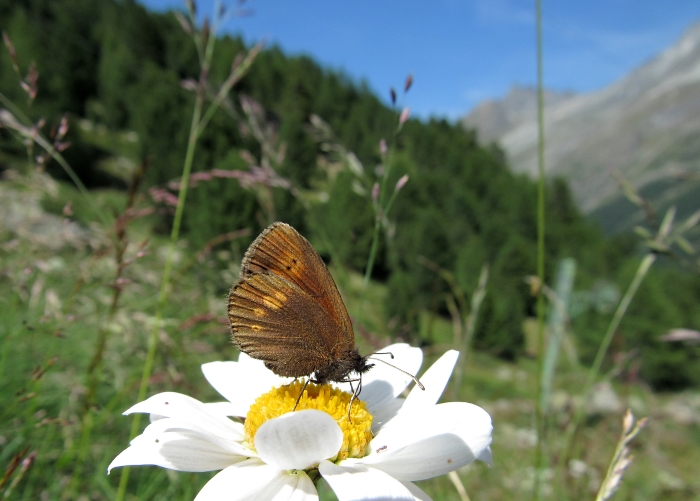 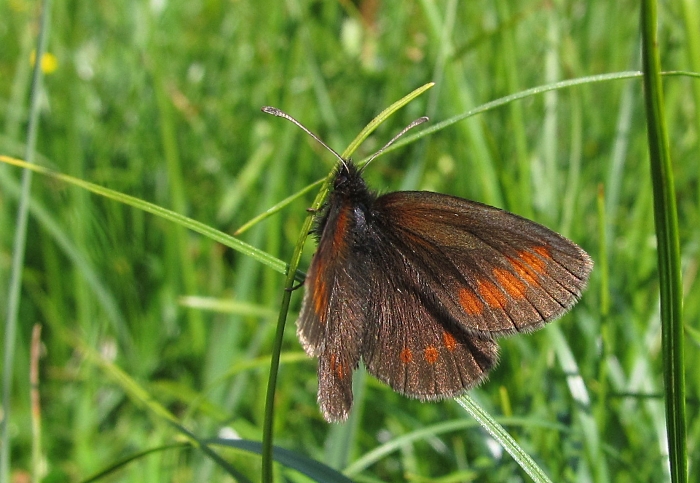 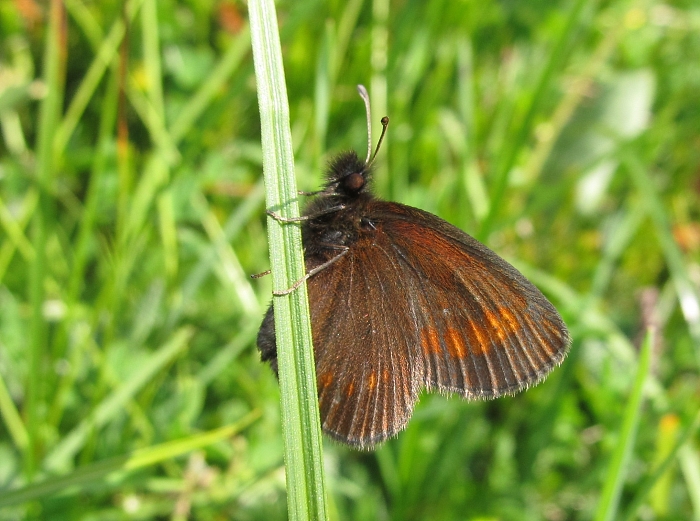 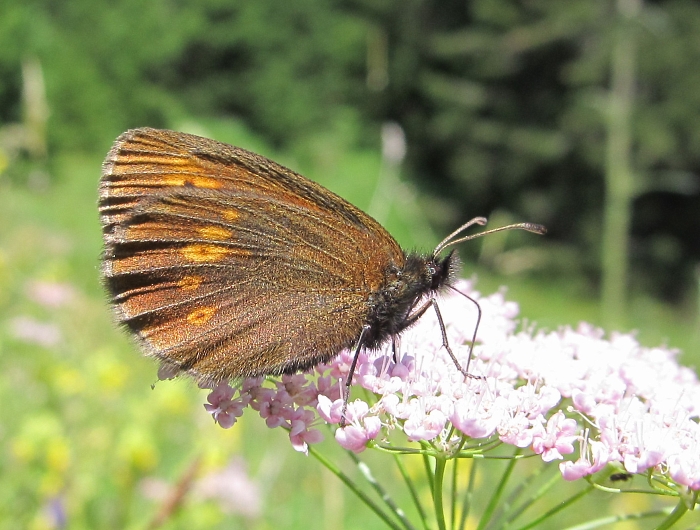 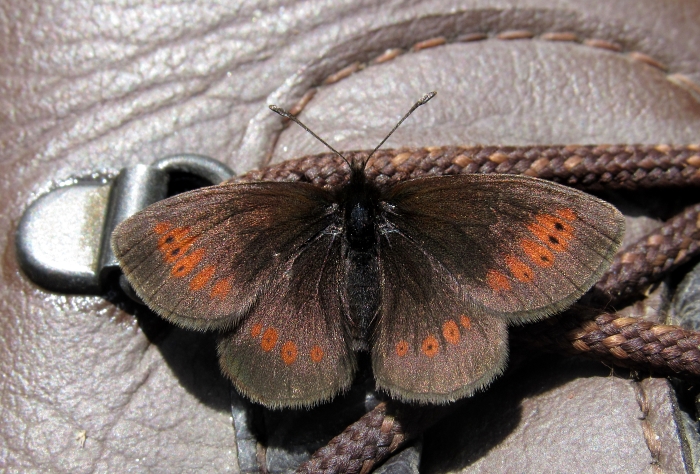 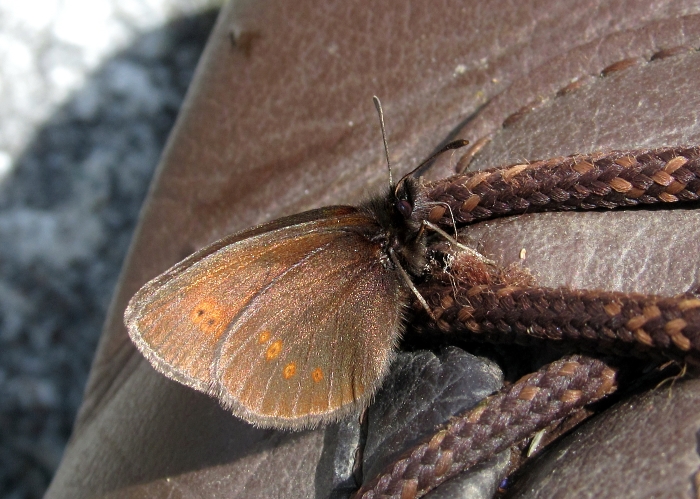 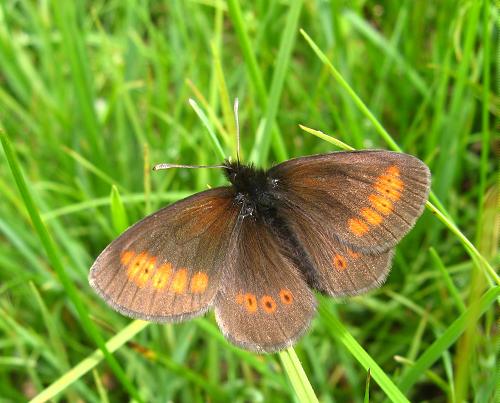 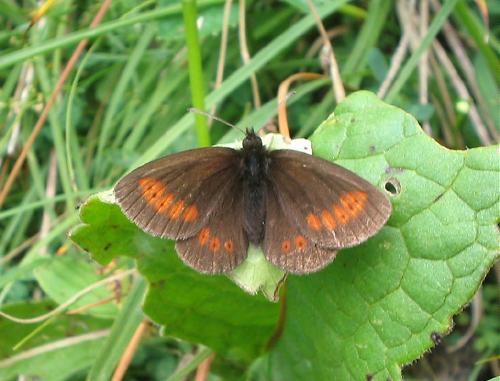 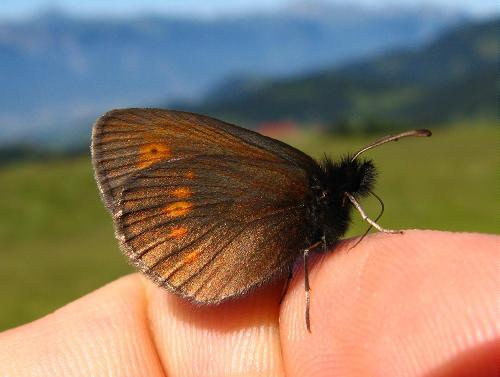 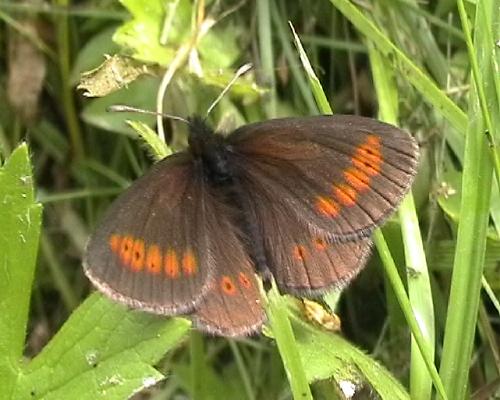 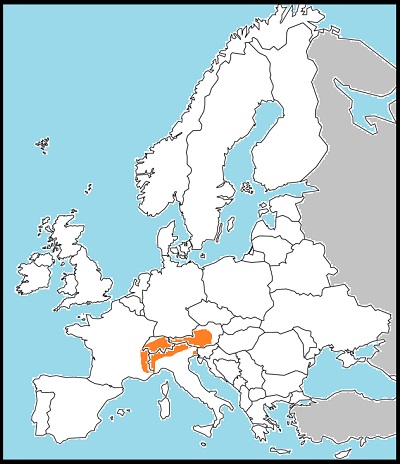 The lesser mountain ringlet is a common butterfly of medium to high altitudes in the Alps. I find it most in places with rather lush, long grass - often where there are cattle or goats - and frequently near alpine lakes. It is not restricted to places near water, though and may be seen on dry, grassy and flowery slopes too.

Despite superficially resembling several other species, this is an easy butterfly to identify. It is about the size of small mountain ringlet or blind ringlet but has more rounded wings with an overall neater, more regular appearance. There is a complete series of reddish bands/spots on upperside and underside, mostly containing black, dot-like pupils. Some of these may be missing, but there are always at least one or two on every wing, readily distinguishing the lesser mountain ringlet from the blind ringlet. Most similar is the rarer and more local Sudetan ringlet. This typically has an extra apical spot on the forewing (see here)and a more regular and complete series on the hindwing, upperside and underside.

The larvae take various grasses, including sheep's fescue and sweet vernal grass, and it is in this stage that the species hibernates. The adults appear in July and fly until late August or September.